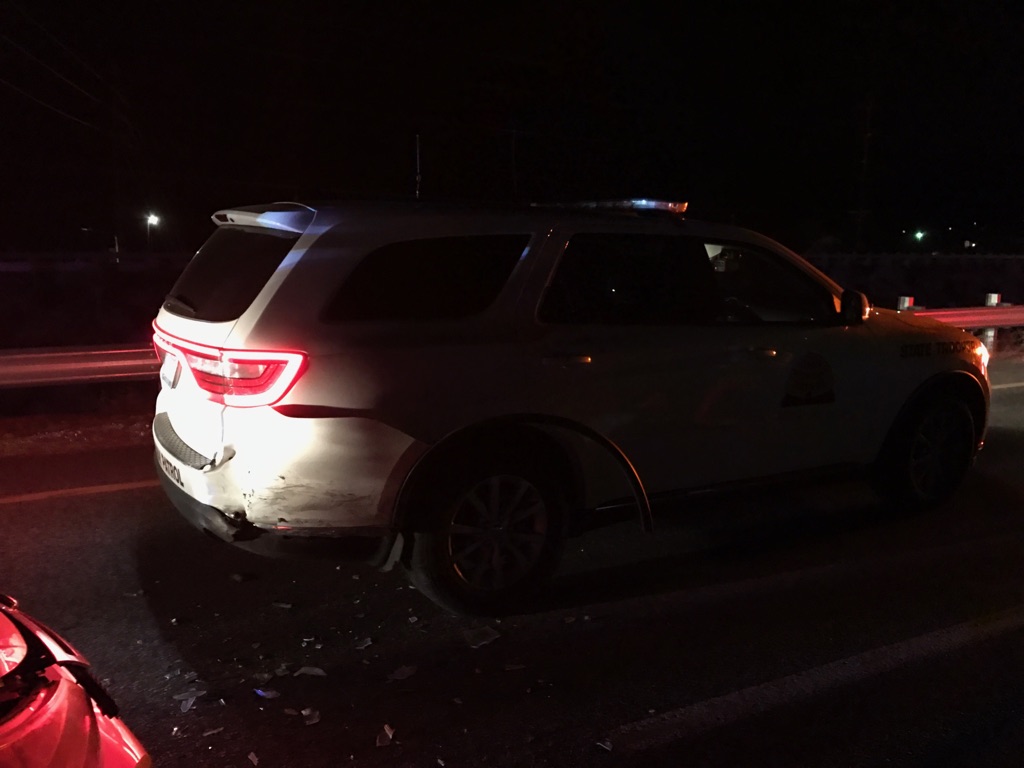 UTAH – Two Utah Highway Patrol vehicles were involved in crashes caused by drivers who were allegedly under the influence this weekend.

The first crash occurred near St. George Saturday around 11 p.m. as a trooper was responding to a crash with no injuries on I-15 at mile marker 13.

The Trooper had the left lane blocked off and had set up emergency flares and activated his emergency lights to alert motorists to the crash.

As the Trooper was outside of his vehicle making an arrest for DUI, a gray Ford Focus drove through the lane closure, ignoring the flares and flashing lights, and struck the back of the patrol car. There were no injuries.

The driver of the Focus that struck the UHP vehicle was arrested for alleged DUI.

The second incident occurred Sunday around 2 a.m. when dispatchers in Davis County received calls about a vehicle traveling the wrong way on southbound I-15 near mile marker 329.

A trooper already on I-15 was performing a slowdown to alert other drivers to the wrong way vehicle, which then crashed into a center barrier. The trooper headed toward the crash scene but observed the vehicle continuing to travel the wrong way on the freeway.

The Trooper then deliberately struck the suspect vehicle with his patrol car, disabling the car. No one was injured, and the wrong-way driver was arrested for alleged DUI.