Please wait for video to load below.

OGDEN, Utah — Funeral services for a Utah Highway Patrol Trooper killed while on duty are set for Wednesday at 11 a.m.

A procession of police formed an escort for the fallen officer’s body last Friday.

Trooper Eric Ellsworth died last week after suffering critical injuries in a crash that occurred as he was out of his vehicle to assist with some downed power lines in Garland City.

The funeral is open to the public and starts at 11 a.m. Wednesday at the Dee Events Center, 4444 Event Center Drive in Ogden.

A procession will then escort Ellsworth’s remains to their final resting place at the Brigham City Cemetery.

Lee said they expect law enforcement personnel from around Utah and surrounding states to attend.

Earlier Friday, the fallen officer’s body was taken from a hospital to a medical examiner’s office, and then to a mortuary in Ogden. Utah Highway Patrol coordinated a procession with Ellsworth’s patrol car in the lead.

Ellsworth’s brother, Mike, rode in his sibling’s patrol vehicle as another trooper drove, and Ellsworth’s father rode in another patrol car just behind he hearse.

“It’s great to see law enforcement come together, the different agencies offer their support and condolences, coming out and offering help to cover the road, I mean, we’ve had offers for just about everything,” said Trooper Jeff Nighbur of the UHP.

An account has been set up for Eric’s family at America First Credit Union called the “Eric Ellsworth Charitable Account.” 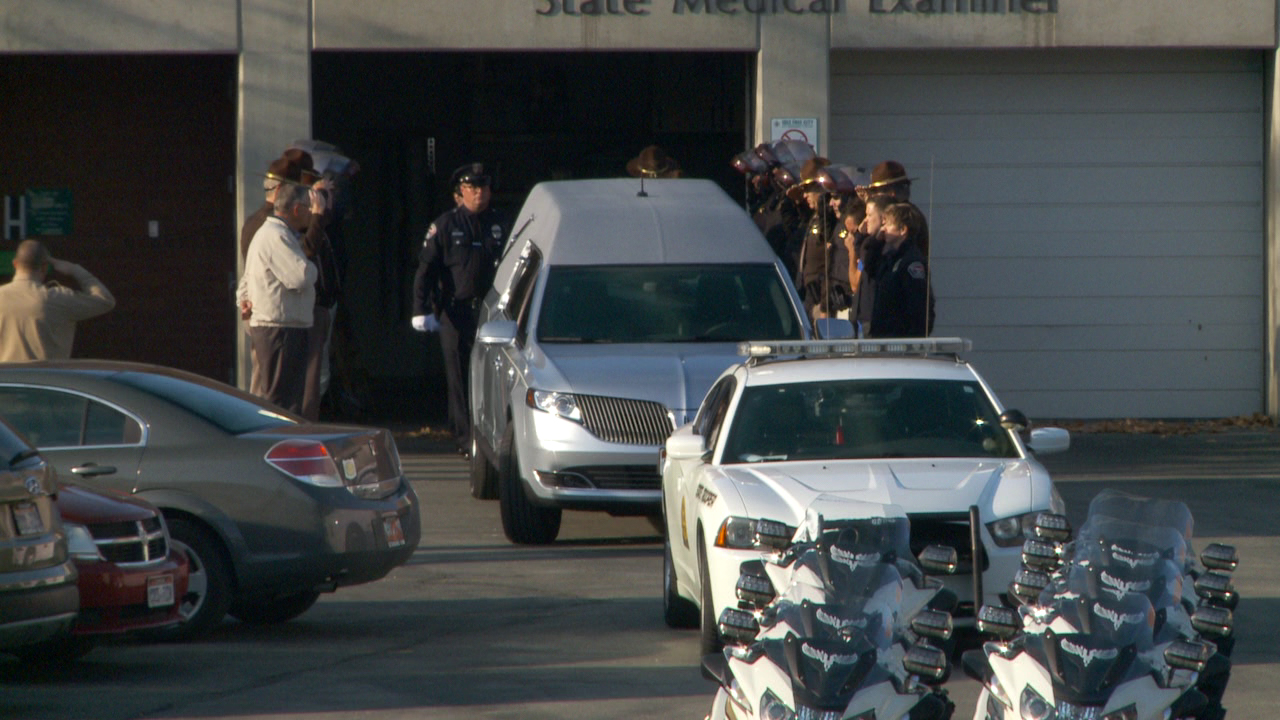