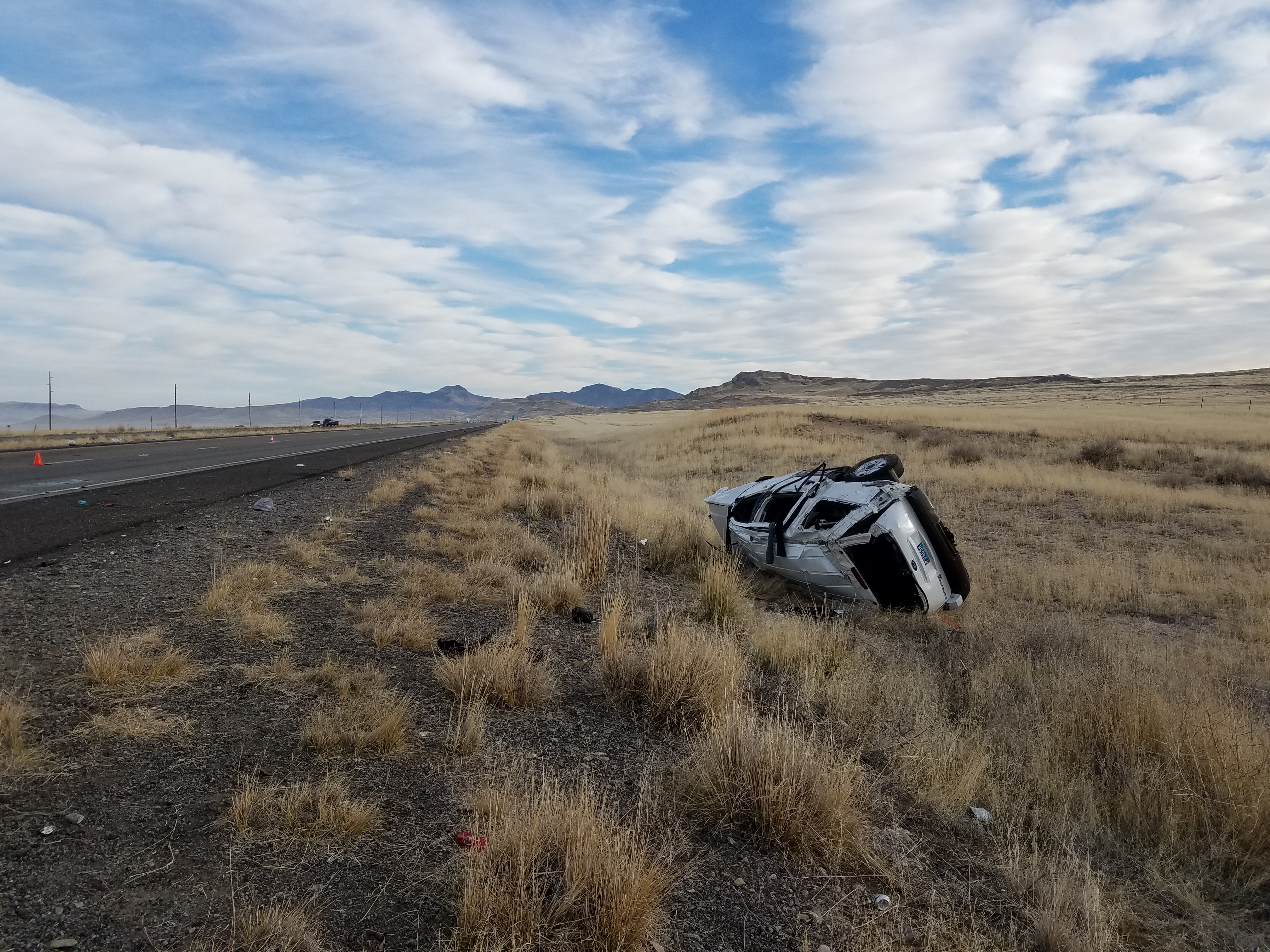 The first crash occurred at 3:25 a.m. near mile marker 59.  A white SUV carrying four adults and a 3-year-old girl drifted off the highway to the right side of the road, according to Utah Highway Patrol.

The driver over-corrected, causing the vehicle to slide across both westbound lanes and through the median before it began to roll.

A woman was ejected and died at the scene. Authorities say the toddler was also ejected and was taken to an area hospital in Salt Lake City in critical condition. The child does not appear to have been secured in a car seat, according to UHP.

The SUV came to rest on the south side of eastbound lanes with three of its adult passengers still inside. A second woman was also taken to an area hospital in the Salt Lake area but has since died.

The deceased were identified Sunday as 23-year-old Cristina Castro-Salazar of Wendover and 24-year-old Lashaey Wright of West Wendover, Nevada.

According to UHP, a black Land Rover Discovery drifted off the left side of the road. The driver over-corrected to the right, which brought the vehicle back onto the road–rotating into a broadside skid.

The vehicle began rolling down the roadway off the right side of the road, UHP states.

The left rear passenger, Eddy Robles-Cordova, 40, of West Valley City, was ejected. He died on scene.

None of the occupants in the vehicle were wearing seat belts.

Authorities suspect alcohol was involved in both crashes.

More details will be released as information becomes available.