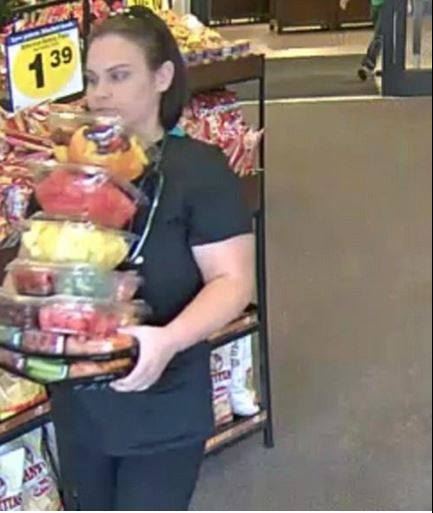 LOGAN, Utah — Police in Logan are hoping the public can identify a woman suspected of scamming a store out of hundreds of dollars by using a load of fruit as a prop.

According the Logan City Police Department, the woman pictured above went to a Logan grocery store on November 10 and selected more than $300 worth of fruit before walking to the store’s service desk.

The suspect told an employee she had purchased the fruit and it tasted bad, and she requested a refund. Police say the employee was sympathetic to the perceived plight and gave the woman the money.

“The subject appears to be wearing medical scrubs and a stethoscope around her neck in an attempt to project a professional medical trustworthy image,” police stated in a press release.

Authorities say they’ve received reports the suspect has been doing this kind of scam at stores along the Wasatch Front as well as in Logan, and anyone who recognizes her is asked to call Det. Wursten at 435-716-9485 and leave a message. Tipsters may remain anonymous.