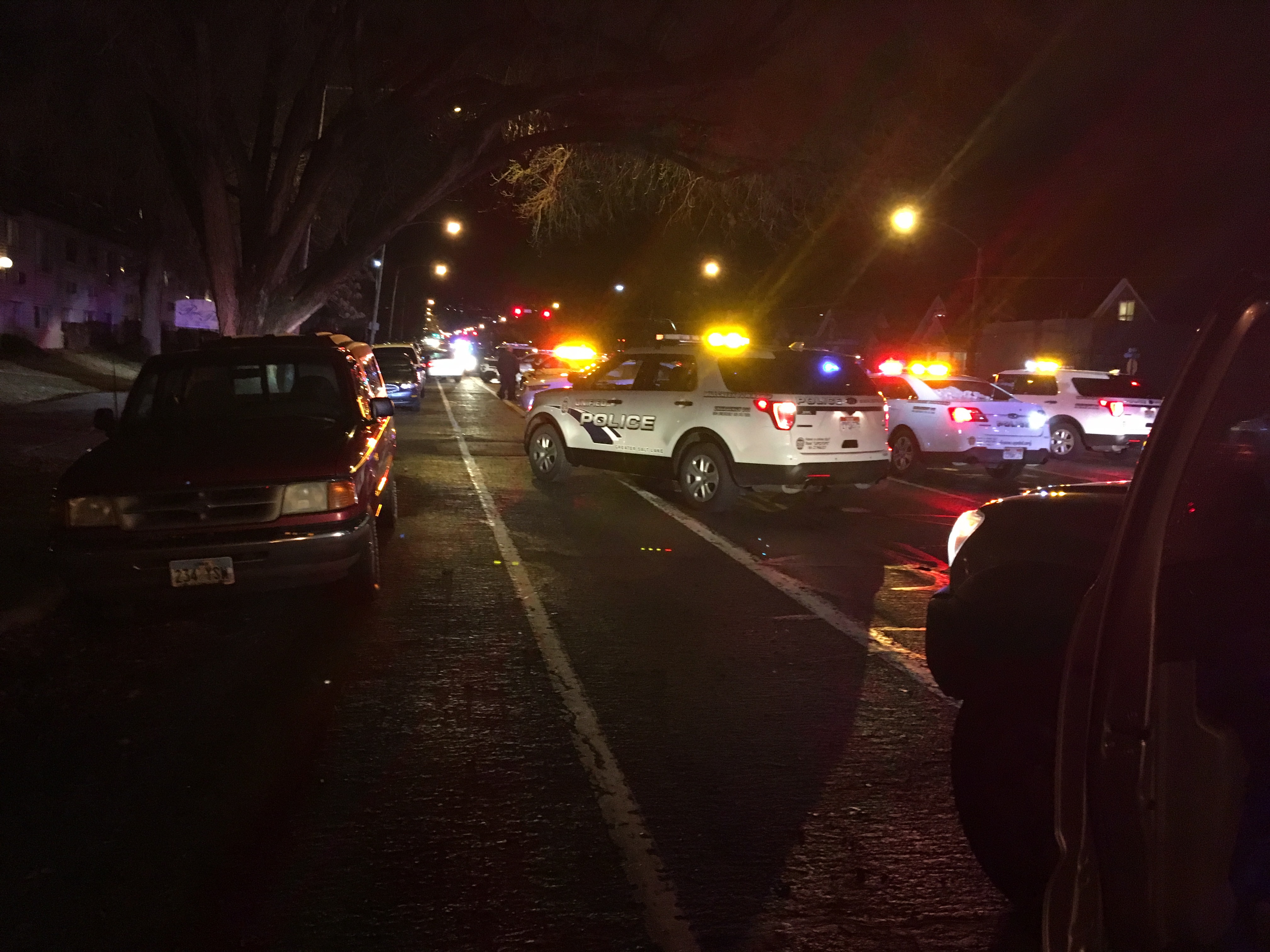 SALT LAKE COUNTY, Utah — A police officer was sent to a hospital in fair condition after he was struck by a suspect’s vehicle Friday night during a pursuit, and the suspect is in custody.

Det. Ken Hansen of the Unified Police Department said things began around 7:40 p.m. when an officer spotted a suspicious vehicle near 4700 South and 700 West in Taylorsville. The vehicle matched the description of one sought in a stolen property case, so the officer approached on foot.

A chase ensued and reached I-15 before ultimately ending in the area of 340 East and 800 South. An off-duty officer who was westbound on 800 South stopped in front of the suspect, who veered off to the left side of the road.

Garfield exited the vehicle and fled on foot at that point, and the off-duty officer got out of his car to follow. However, the suspect did not put the vehicle in park, so it kept moving and struck the pursuing officer.

That officer was taken to a hospital in fair condition for an assessment.

Another officer involved in the chase located the suspect and took him into custody. The suspect will be assessed medically and then booked into the Salt Lake County Jail, Hansen said.

Police said the vehicle has some “registration problems” and may have been stolen.

“Lucky we were able to get this guy off the street, and the officer I think is going to be OK,” Hansen said.