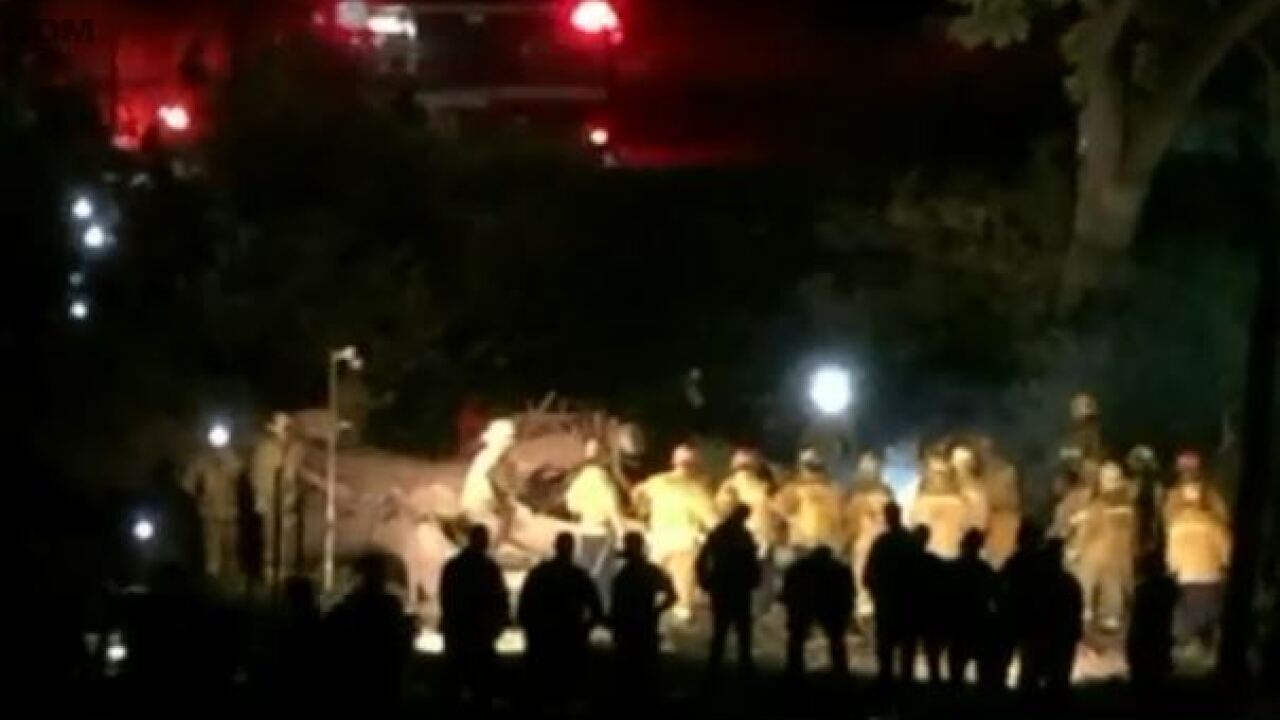 Witnesses told CNN affiliate KTLA the wedding party was taking photos when the tree came crashing down in Penn Park.

One witness described the tree as splitting in two and hitting several people, the television station reported.

“We just heard something crack, like, really hard, and people were yelling," one witness told KTLA.

A birthday party apparently was also taking place nearby in the busy park, KTLA reported.