Pregnant woman in critical condition, 5 others injured in crash on I-15 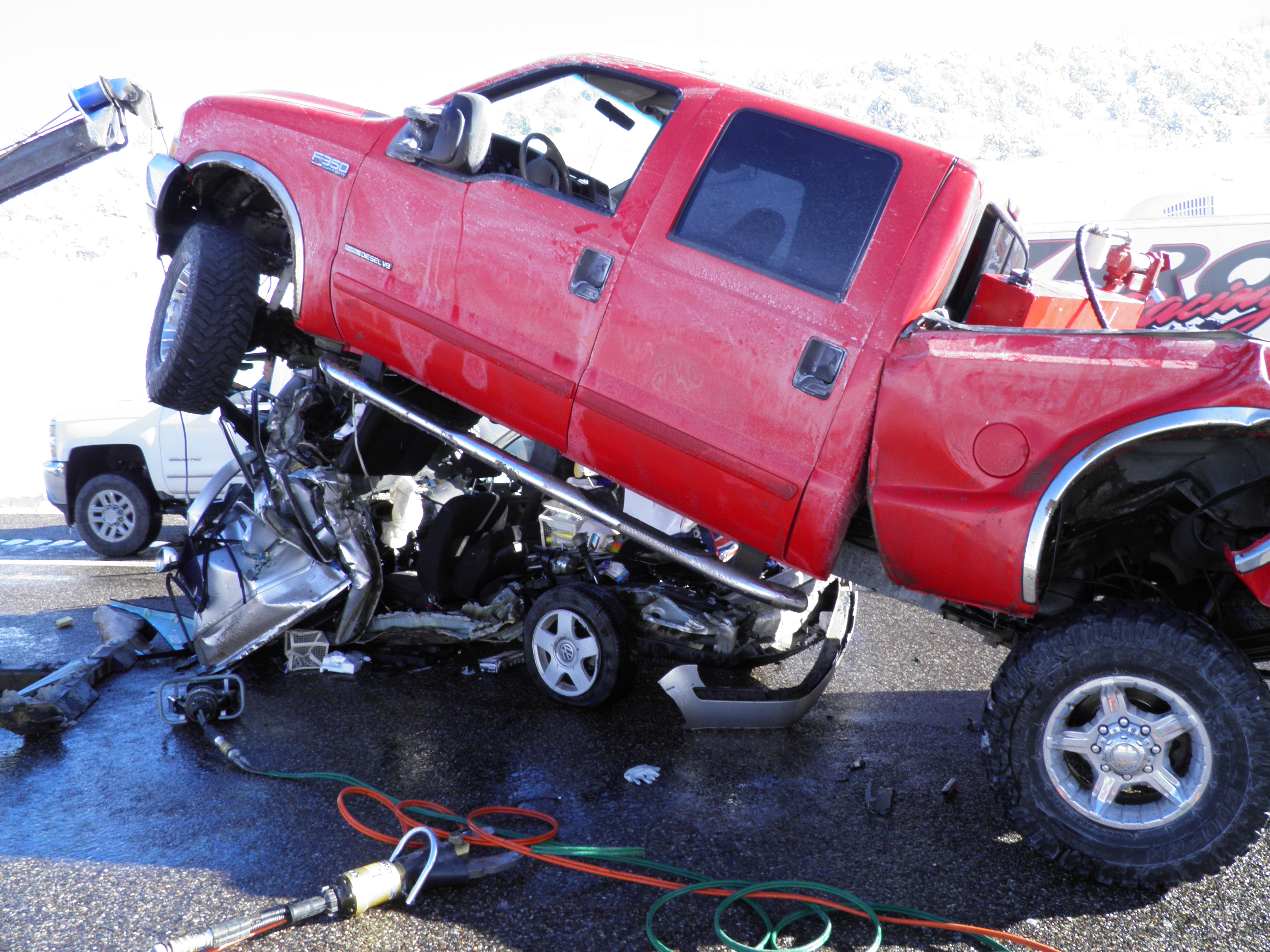 MILLARD COUNTY, Utah — A pregnant woman is in extremely critical condition and five other people were injured Saturday after a pickup truck landed on top of a passenger vehicle after the truck was struck by a semi-trailer.

According to an update from the Utah Highway Patrol, things began just before noon near mile marker 140 after a minor crash involving a snow plow and a semi-trailer.

That crash caused several other cars nearby to slow down or stop in the travel lane.

A yellow semi traveling northbound failed to stop for the other vehicles, rear-ending a red Ford pickup truck. The occupants of a white pickup truck managed to drive into a ditch and avoid an impact, but the red truck was pushed forward on to the top of Volkswagen Jetta that was in front of the white pickup truck.

Initial reports indicated the red truck went airborne before landing on top of the Jetta, but an updated press release clarified the sequence of events.

The driver of the Jetta, a woman who is six months pregnant, was initially thought to be dead after the crash, but responders were able to establish a pulse after extricating her from the vehicle. That woman was flown to Utah Valley Regional Medical Center in extremely critical condition.

The driver’s sister was riding in the car, and she was also taken to UVRMC in poor condition.

Police state northbound I-15 was closed in the area for about two hours. The roads had been covered in snow, but they say there was only a minor amount of ice in some spots at the time of the crash.

Authorities say all involved appeared to be wearing seat belts.