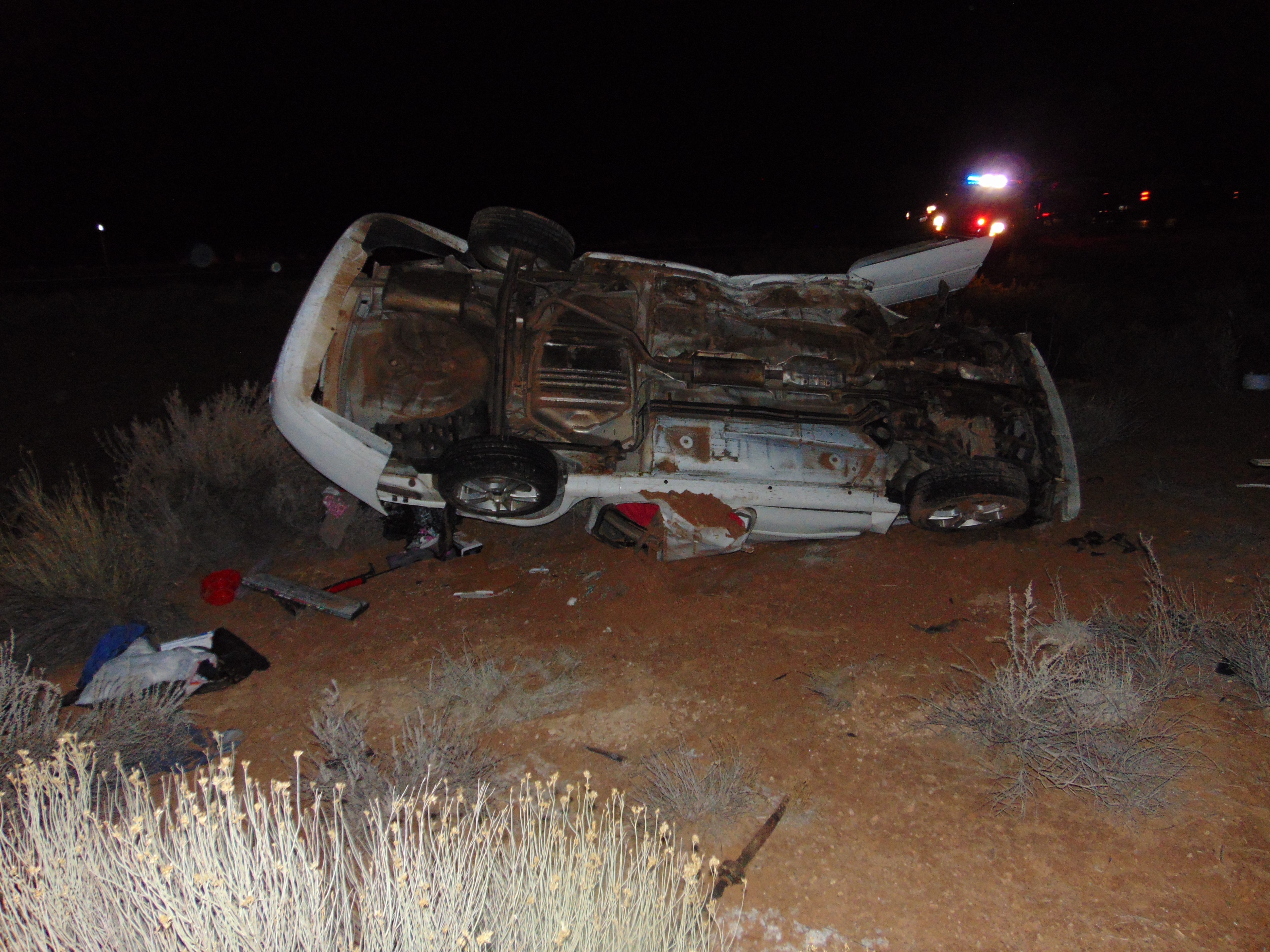 BLUFF, Utah — A man is dead and a woman and child suffered injuries Saturday after a rollover crash on State Route 191 a few miles north of Bluff, and police believe both alcohol and excessive speed were factors.

According to the Utah Highway Patrol, the crash occurred on SR 191 near mile post 32 around 5:45 p.m. Saturday.

A passenger car was traveling southbound when the driver drifted off to the right side of the road and then over-corrected. The vehicle went across the roadway to the left and exited the road before rolling several times.

The driver was not wearing a seat belt, and he was ejected from the crash and suffered fatal injuries. The deceased was identified as 44-year-old Danel Atene of Kayenta, Arizona.

A 45-year-old woman who was restrained suffered serious injuries in the crash but is expected survive.

A 7-year-old girl in the back seat was not wearing a seat belt and was ejected from the vehicle, but she suffered only minor injuries.

The woman and child were taken to a local hospital.

Police state their preliminary investigation indicates alcohol may have been a factor in the crash, along with excessive speed.