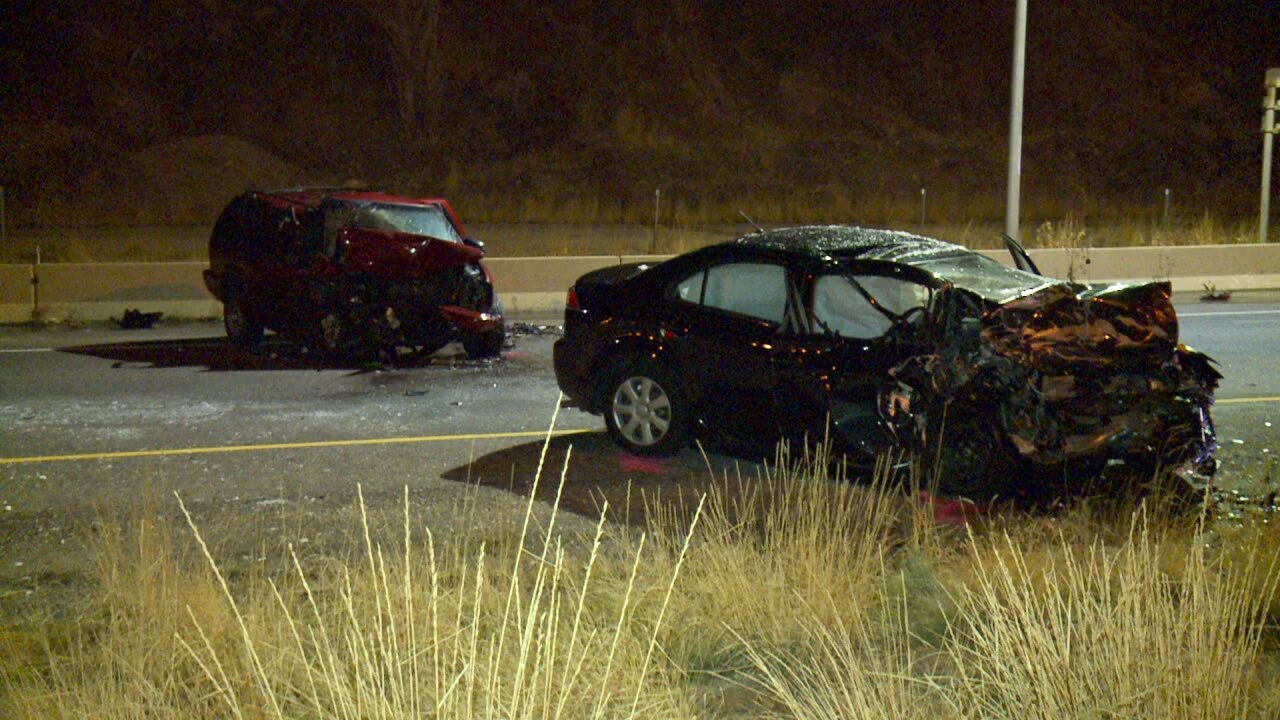 The head-on collision happened around 12:30 a.m. on Beck Street just south of border between Salt Lake County and Davis County.

Lt. Craig Gleason said a man was driving a Chevrolet SUV the wrong way and slammed into the woman's Mitsubishi passenger car.

She was flown by medical helicopter to a hospital with apparent trauma to the head.

"Any kind of injury to the head is very hard to evaluate," Lt. Gleason said.  "They can look horrible and be not very serious, or be very serious and not look that bad, so she's in good hands now."

The man who was driving the SUV was not injured in the crash, and was taken into custody.

He's being investigated for driving under the influence of drugs and/or alcohol.