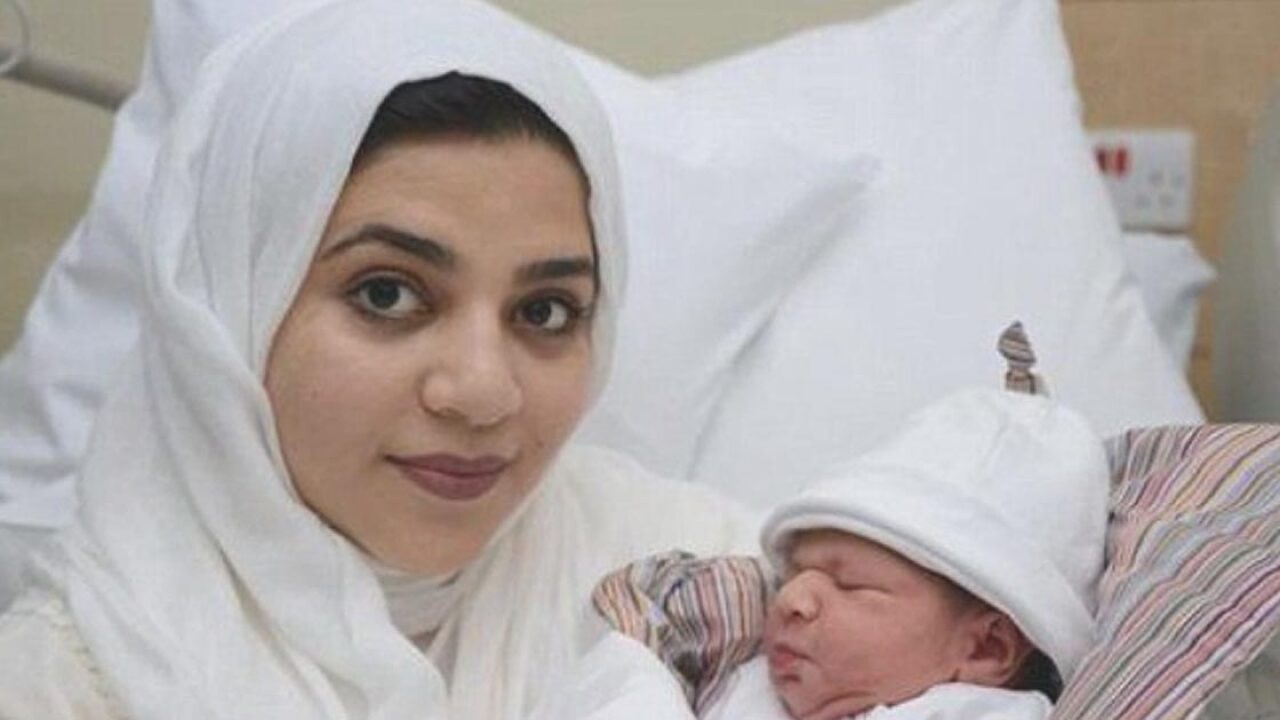 LONDON – A 24-year-old Dubai native has become the first woman to give birth after having her fertility restored from ovarian tissue frozen during her childhood.

Moaza al Matrooshi gave birth to a healthy son, Rashid, at the Portland Hospital in London on Tuesday.

She is the first person in the world to have had a successful pregnancy using ovarian tissue that was harvested before the onset of puberty and the only person to have her ovaries transplanted back after 13 years in storage.

“I feel so happy to have my baby in my hands now,” Al Matrooshi said. “We waited many years to see this.”

The need to freeze her tissue

As a child, Al Matrooshi was diagnosed with beta thalassaemia — an inheritable blood disorder reducing a person’s ability to carry oxygen in their blood — and came to Great Ormond Street Hospital in London at the age of 9 to receive a bone marrow transplant from her brother.

The chemotherapy required for the treatment came with a 99% chance of her being rendered infertile, but her mother had read about the option of having her ovaries frozen, to be re-implanted later in life. She then traveled to a hospital in Leeds ahead of her treatment, and her right ovary was removed and frozen for storage.

“My mum tried her best to save my ovary tissue,” al Matrooshi said.

Al Matrooshi then underwent her bone marrow transplant and recovered, moving back to Dubai, where she now lives with her husband, Ahmed. But after marrying at age 20, the couple struggled to conceive naturally as al Matrooshi began displaying peri-menopausal symptoms, such as irregular periods and hot flashes.

They returned to London in 2014 and met with Sara Matthews, consultant gynecologist at the Portland Hospital, who would help her regain function of her own ovaries and eventually give birth. After further attempts failed to help the pair conceive naturally, Matthews first sent al Matrooshi home on hormone therapy.

“I went home without anything and felt so bad,” al Matrooshi said. But on her return to the UK in 2015, Matthews had found a surgical team in Denmark willing to work with the frozen tissue and transplant it back into her body in August 2015.

“It’s a very straightforward procedure,” Matthews said, adding that her main limitations had been finding teams willing to handle the frozen ovarian tissue after it had been in storage for so long. As a result, the technique “is a very experimental procedure,” she said.

Transplanting the ovaries, bit by bit

Matthews explained that the transplant itself involved reinserting fragments of al Matrooshi’s ovary bit by bit and then waiting for blood vessels to form and infuse into it to make it functional. Because the tissue belonged to the patient, there was no concern about the tissue being rejected and attacked by her immune system.

“This is moving from an experimental technique to a practical application,” Matthews said. She now wants more facilities to be able to store tissues in this manner and for funding to be made more widely available to cover the procedure for families whose children are diagnosed with conditions like beta thalassaemia or cancer at a young age.

Though the survival rates for children with cancer are improving, reaching as high as 90% in the UK, according to Matthews, many will have to sacrifice their future fertility. “It’s a tradeoff,” Matthews said. “You get your life, but you lose your fertility.”

“I’d love to see more promotion and get information out there that this is available,” she added. “For parents, the fertility of their children is a key thing.”

Experts agree that this offers promise for young girls in the future.

“The demonstration that you can use ovarian tissue frozen in childhood for later fertility is indeed a world first, although there are now perhaps 100 babies born to women whose ovarian tissue had been stored as adults,” said Richard Anderson, professor of clinical reproductive sciences and head of section for obstetrics and gynecology at the University of Edinburgh.

“The effect of treatment for cancer and some other serious conditions on fertility is a major concern to those facing those treatments, and this provides a great boost showing a way forward for young girls. It also highlights that this is important for conditions other than cancer, where chemotherapy-type drugs are used.”

“Whilst the idea of freezing pieces of ovary from the woman before she is given chemotherapy or radiotherapy has been around for many years, until recently it has not been absolutely clear how best to do this,” added Allan Pacey, professor of andrology at the University of Sheffield. “Many, including myself, have considered this approach to be an experimental one. But I now think there is a groundswell of support to suggest that it should be made more widely available and become a routine part of clinical care for cancer patients.”