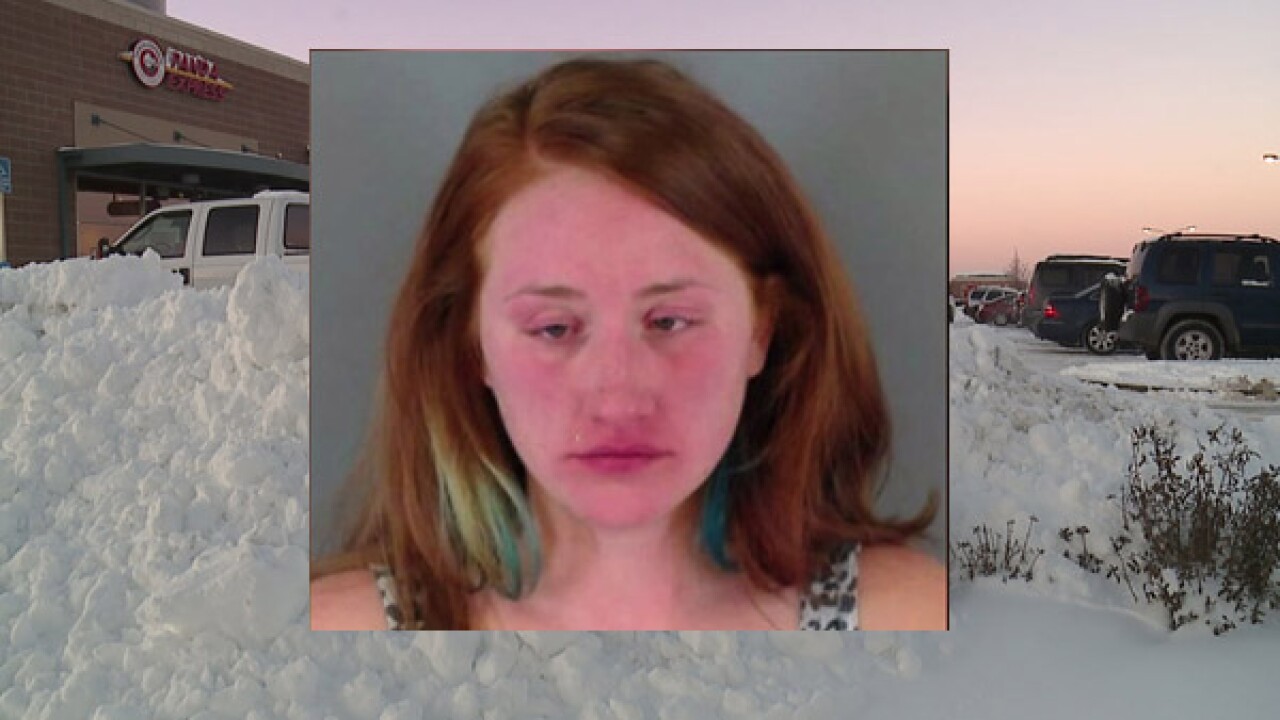 BRIGHTON, Colo. -- The Colorado woman accused of leaving her 2-year-old son in a parked car overnight – amid a snowstorm and subzero temperatures – later admitted that she had been drinking, police said.

Police found the boy, who 26-year-old Nicole Alexandria Carmon allegedly abandoned Friday night, about 15 hours later in the snow-covered vehicle after temperatures dropped to minus-8 degrees, according to a Thornton Police Department affidavit obtained by KDVR.

The boy was taken to a hospital suffering from hypothermia and frostbite, police said. As of Monday, the extent of his injuries was not clear.

According to the affidavit, surveillance video shows Carmon, of Westminster, Colorado, outside a ConocoPhillips gas station about 9:40 p.m. Friday.

Carmon seemed to say something about “Target” before walking away, the affidavit said, and appeared to be under the influence of drugs or alcohol.  Video showed her visiting stores in an apparent attempt to find her vehicle with the baby inside, according to the affidavit.

Carmon later told police she consumed six shots of vodka on Friday night and had been involved in a car accident before she walked to the gas station to get a ride home, according to the affidavit. The boy was in the vehicle during that time, police believe.

After Carmon went to her baby sitter’s home the next morning looking for the boy, the baby sitter dialed 911, police said.

Officers started searching for Carmon's 2013 Ford Fusion, and, after finding the surveillance video, Thornton police officers found the boy at about noon in the vehicle parked at a Target store just east of the gas station.

The toddler was found in a car seat, half buckled in the back seat.

Employees noticed the vehicle at 9 a.m. Saturday, but with up to six inches of snow covering it, no one could see there was a child inside.

Carmon was arrested for felony child abuse and appeared in court Monday morning. She is being held at the Adams County jail on $50,000 bail, according to the Denver Post. Her next court appearance is set for Wednesday.