Shoppers get revenge on car taking up two parking spaces 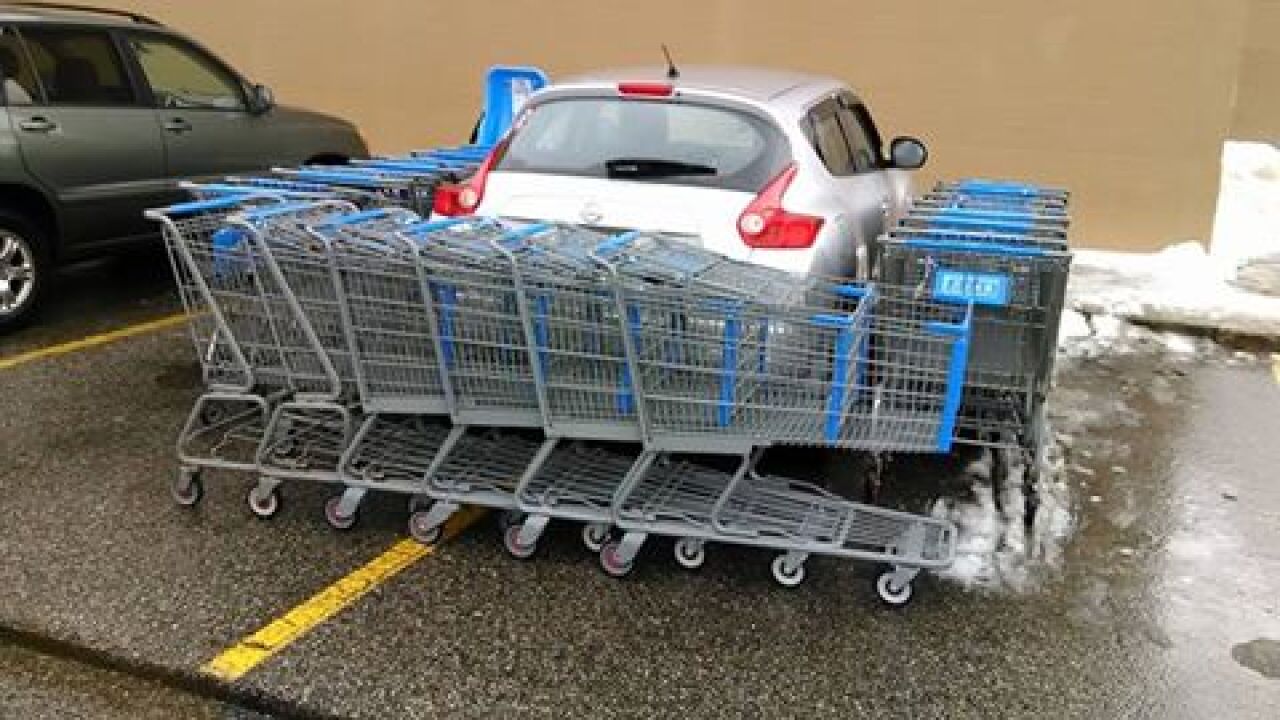 BIDDEFORD, Maine — A visitor to a Wal-Mart in Maine took a photo of a car taking up two parking spaces and surrounded by shopping carts and now it’s going viral.

Matthew Mills of Biddeford, Maine posted the picture on Sunday and it has since been shared thousands of times. He captioned the photo with “This guy got a lesson in parking.”

Since the photo was posted, a man who says he’s a friend of the driver told WMTW-TV that it was an accident because of snow and ice and says the photo was taken after it melted.

“She came into work and slid into her spot because of an icy spot and couldn’t park straight and then someone rudely put carts around her car,” the friend said.