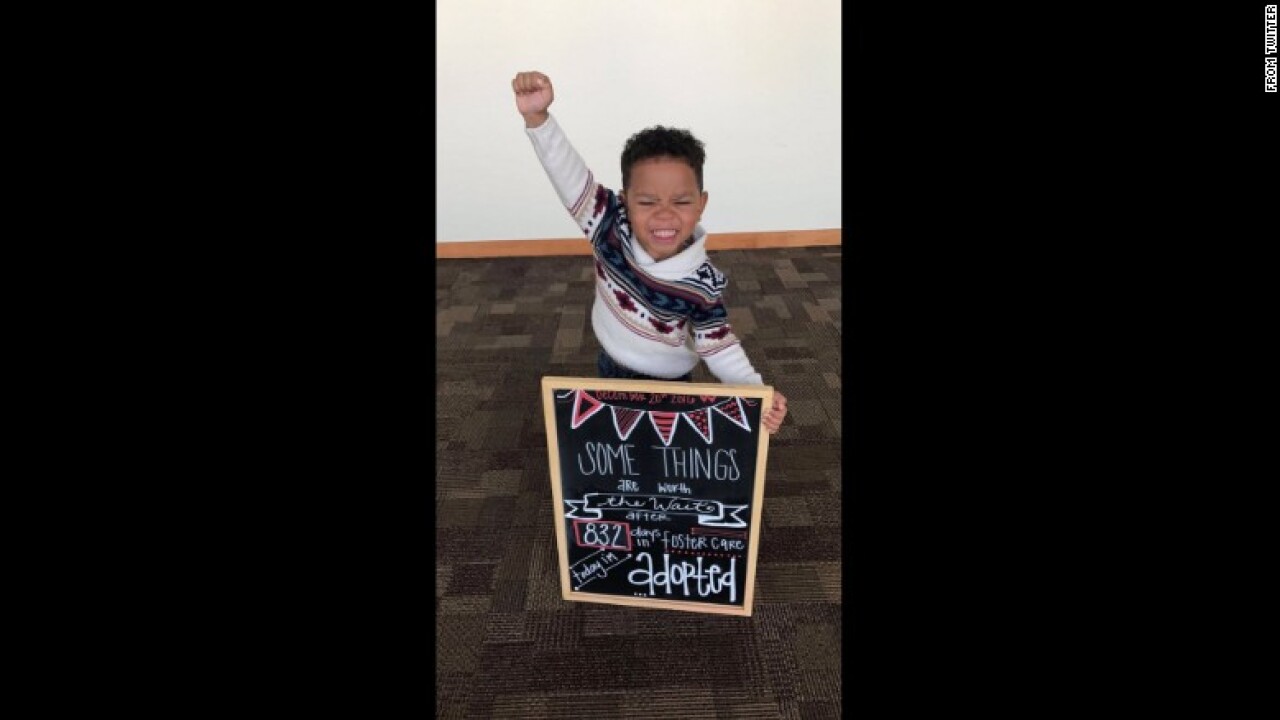 Moments after his adoption, Michael Brown, 3, celebrated in a photo that soon went viral.

After more than 800 days in foster care, a 3-year-old found his “forever family” — and became an Internet sensation to boot.

“Meant to be” is how his adopted mother described Michael Brown’s addition to her family just in time for Santa’s arrival.

Tara Montgomery, a single mother, told CNN’s “New Day” on Saturday she wasn’t initially considering adoption, but when plans to reunite Michael with his biological mom fell through, she knew she had to make sure her foster child would never again wonder where he might end up next.

“He’s been through a lot. This is his third foster family,” she said, “but he had been with us for so long, and he was a part of our family.”

When the biological mother’s rights were severed, Montgomery immediately filed the adoption papers, and on Tuesday in Phoenix, things became official — much to the child’s delight.

“He wakes in the morning and says, ‘Mom, I so happy,’ ” Montgomery said.

Fist raised in the air, with a toothy smile, Michael celebrated moments after the adoption. One of his adoptive sisters captured the moment in a photo that has now gone viral.

The boy’s joyous reaction won hearts the world over, with tens of thousands of posts and comments.

“We obviously did not know it was going to go viral. My daughter put it on her Twitter, and it just blew up from there,” Montgomery said.