SALT LAKE COUNTY, Utah — A 50-year-old man who died Sunday afternoon in a crash on SR-201 in Salt Lake County has been identified.

UHP officials said Christopher Wilson, of Stansbury, was driving with a passenger, headed eastbound toward the 202 turnoff.

"They lost control and drifted over into the westbound lanes," Lieutenant Beau Mason explained. He said the car hit another vehicle head-on.

Two other cars then crashed into the first vehicle. Lt. Mason said Wilson, who was driving the vehicle that crossed into oncoming traffic, was not wearing his seat belt and he died at the scene.

Mason said a male passenger in the car was taken to the hospital with non-life threatening injuries.

Everyone else involved between the other three vehicles were able to walk away from the crash, Lt. Mason said.

He said they determined the car was traveling too fast for the slushy, icy conditions when it crashed.

Unfortunately, this crash was just one of dozens UHP responded to on Christmas, that had to do with the weather conditions.

"We've investigated hundreds of accidents across the valley today," Lt. Mason said. "Most of them could have been prevented by simply slowing down and cautious driving." 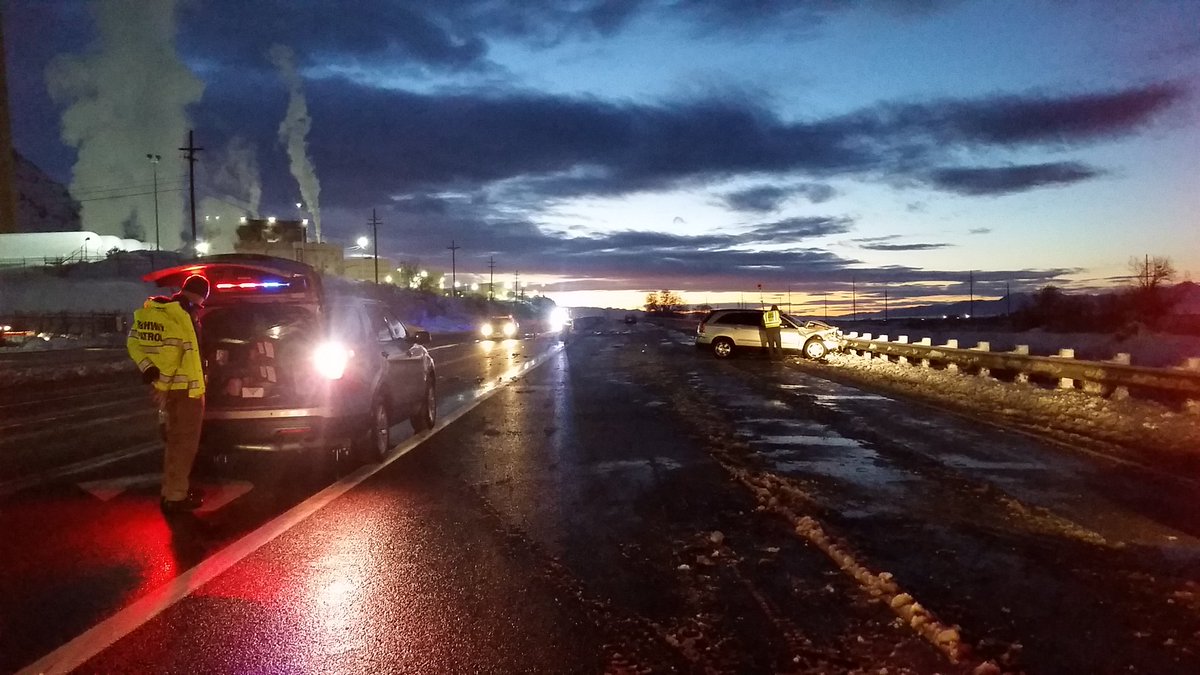