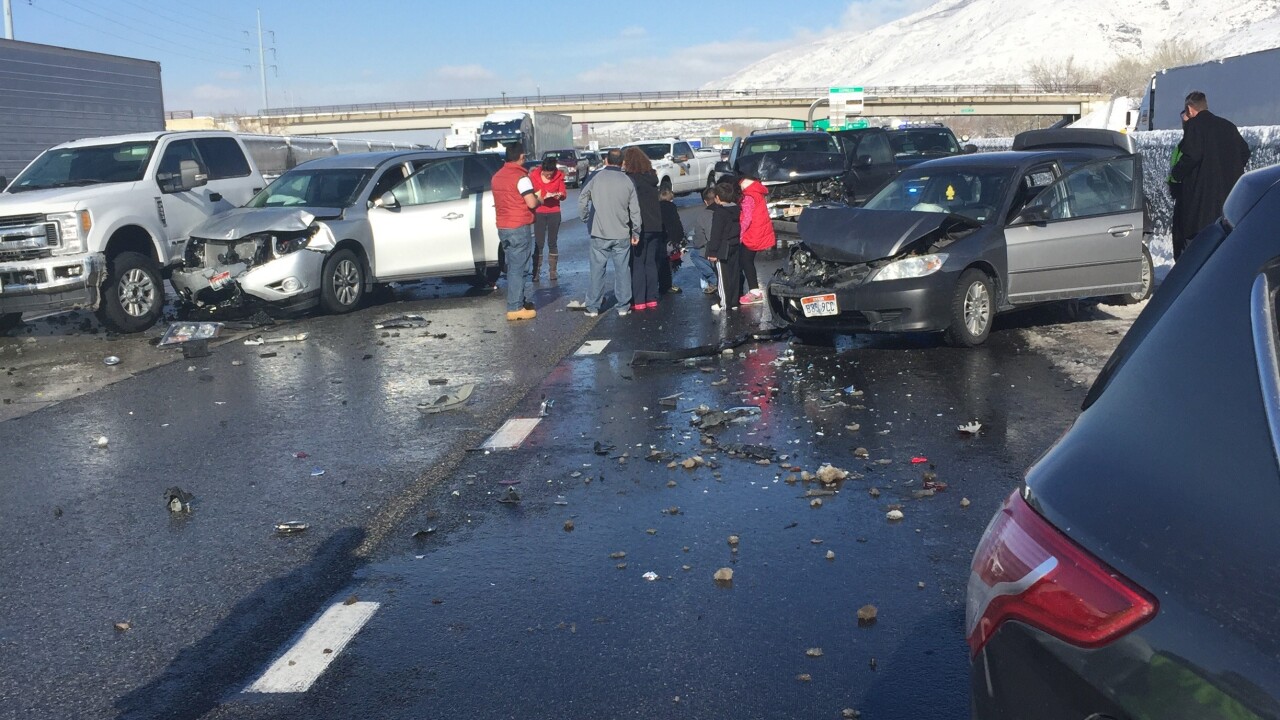 Crash scene on I-15 at Glover Ln. in Farmington.

DAVIS COUNTY, Utah — The Utah Department of Transportation is reporting multiple lane closures on two different spots of southbound I-15, within a few  miles of each other, in Farmington and Centerville.

A representative for the Utah Highway Patrol said a total of 10 vehicles were involved in crashes at the two sites.

UDOT reported the two left lanes of southbound I-15 were closed at Glover Ln. in Farmington, close to  mile post 322.

Three miles down the road, UDOT said the three left lanes of southbound I-15 at Parrish Ln. in Centerville were closed.