Teen suspect arrested, another at large after homicide in SLC 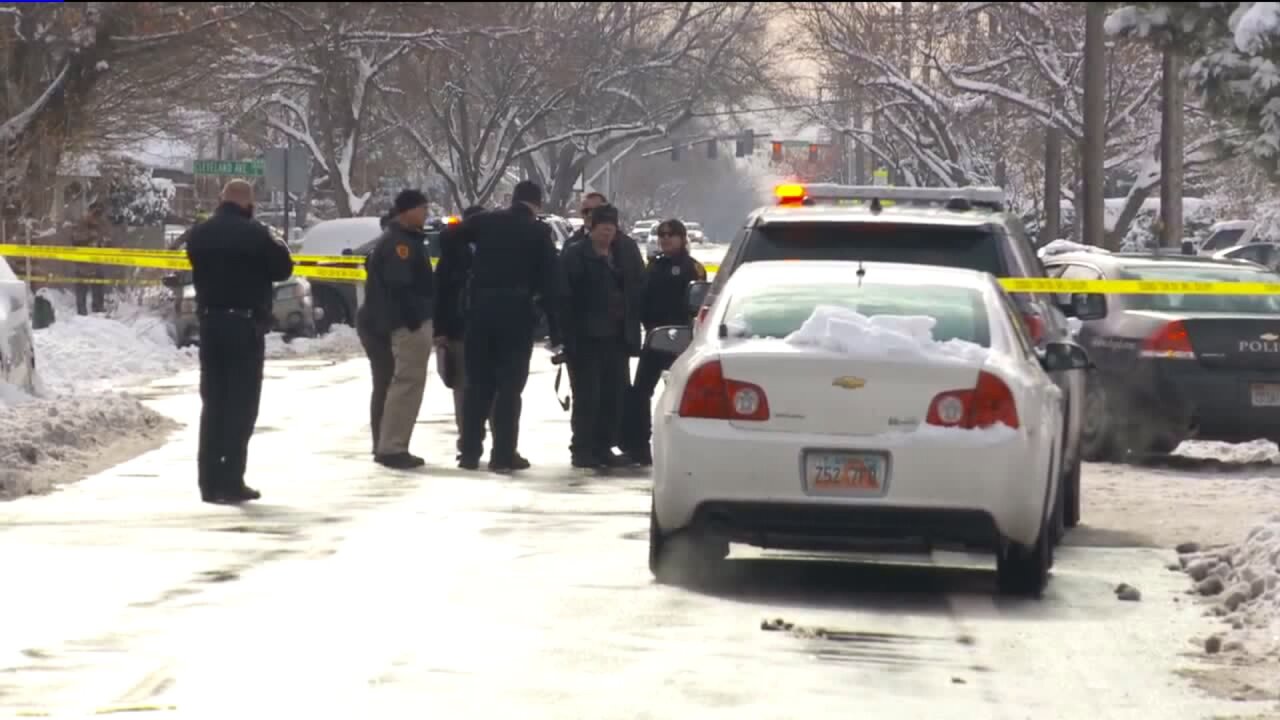 SALT LAKE CITY — An 18-year-old man was arrested in connection to a shooting that left a 19-year-old man dead in a Salt Lake City neighborhood Tuesday morning.

The incident occurred shortly after 11 a.m. in the area of 300 East and Browning Avenue.

Lt. Greg Wilking, spokesman for Salt Lake City police, said there were three men in a car; one of them was shot and the other two fled.

According to a watch log report by SLCPD, two men met up with a man and his girlfriend somewhere outside of the city to purchase an item from an online listing. The two men said they needed to get money from a Salt Lake City location, so the four of them traveled together into Salt Lake, the report said.

Once they reached the Browning Ave. neighborhood, the suspects attempted to rob the victim at gunpoint, the report said.

“A struggle ensued over a handgun the suspect produced. The victim later identified as Sebastian Salgado, 19, was shot during the struggle over the gun,” police wrote in the watch log report.

Police said Romeo Alyss Alvarez and Anthony Glen Taylor, both 18, fled on foot. Police said they identified Alvarez after he left his wallet behind in the vehicle. He was taken into custody Tuesday.

Police are still searching for Taylor (photos below). Taylor was last seen wearing a red top.

Call (801) 799-3000 or text an anonymous tip – along with the keyword “TIPSLCPD” – to 274637 if you have any information that would help police find Taylor or otherwise aid in their investigation.