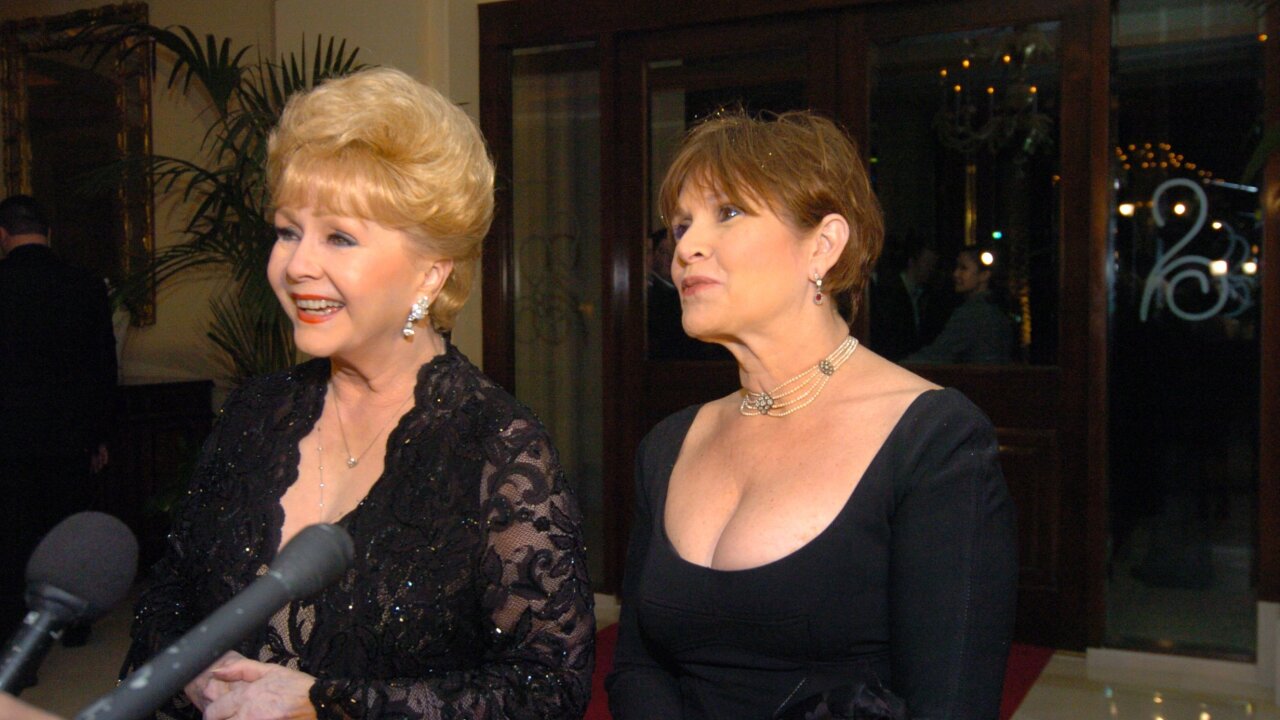 (CNN) — Debbie Reynolds, one of Hollywood’s biggest stars in the 1950s and 1960s, died Wednesday, one day after her daughter Carrie Fisher passed away, Reynolds’ son Todd Fisher said.

Reynolds, 84, was taken to a Los Angeles hospital Wednesday afternoon, according to the Los Angeles Times.

Todd Fisher told CNN, “My mother passed away a short time ago. She spoke to me this morning and said she missed Carrie.”

Fisher did not give a cause of death.

Reynolds had complained of breathing problems, an unidentified source told The Times.

The Los Angeles County Fire Department told CNN it responded to a call where Carrie Fisher owns a home, but would not name the female patient it transported to Cedars-Sinai Medical Center. The patient was in fair to serious condition, the fire department said.

CNN called the hospital, but an official said patient information cannot be disclosed.

Reynolds. who was born Mary Frances Reynolds, was a bubbly singer, dancer and actress who starred in “Singin’ in the Rain” and “The Unsinkable Molly Brown.”

Her film career began after being spotted in a beauty pageant at the age of 16. And she became famous when she was picked to co-star with Gene Kelly and Donald O’Connor in “Singin’ in the Rain,” one of Hollywood’s best-known musicals.

She was married then famously divorced from singing sensation Eddie Fisher, who left Reynolds for Elizabeth Taylor in 1959.

“I have no regrets about my career. I’m just thrilled I’ve had it,” she told CNN’s Larry King in 1990. “You know, it stood by me. Marriages failed; my career always stayed. It gave me the fun of life, you know. It allowed me to travel and meet wonderful, funny people.”

On Wednesday, King tweeted: “Debbie Reynolds was pure class. She was loving, talented, beautiful, unsinkable. I feel sorry for anyone who never got a chance to meet her.”

Though she stepped away from film for much of her career, Reynolds continued to entertain on Broadway stages and in Las Vegas nightclubs. She also appeared on many television shows, including one of her own — “The Debbie Reynolds Show” — that lasted just one season.

“I was blessed by the almighty in having this wonderful sister who taught me so much in life,” she said. “Debbie was without a doubt one of the most generous, wonderful, loving human beings that God put on this Earth.”

Carrie Fisher, whose grit and wit made “Star Wars'” Princess Leia an iconic and beloved figure to millions of moviegoers, was 60 when she died Tuesday, four days after a cardiac event on a flight from London to Los Angeles.

CNN’s Topher Gauk-Roger and Jack Hannah contributed to this report.