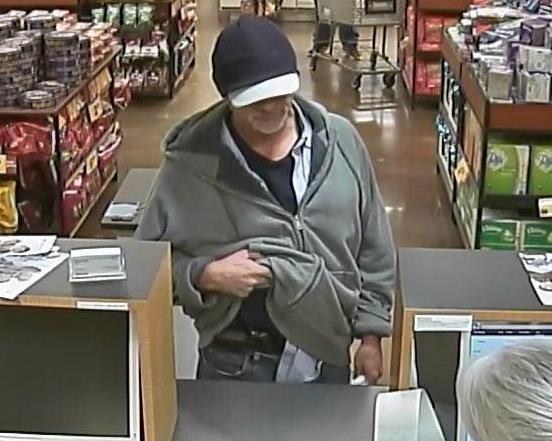 According to the FBI, the suspect pictured above is connected to three robberies, two of which occurred on the same day.

A third robbery on December 19 is believed to be connected to the spree. That crime occurred at US Bank at a third Smith’s location, this one in West Valley City.

The suspect is described as a white male between the ages of 50 and 60 who stands between 5-feet, 10-inches and 6-feet, 1-inches tall. He was wearing a baseball cap and beanie, a gray-hooded jacket, a beige button down shirt and blue jeans during some of the crimes.

Anyone who recognizes the suspect is asked to call the FBI’s Salt Lake City Field Office at 801-579-1400.