Final escapee caught after jailbreak through toilet, hole in wall 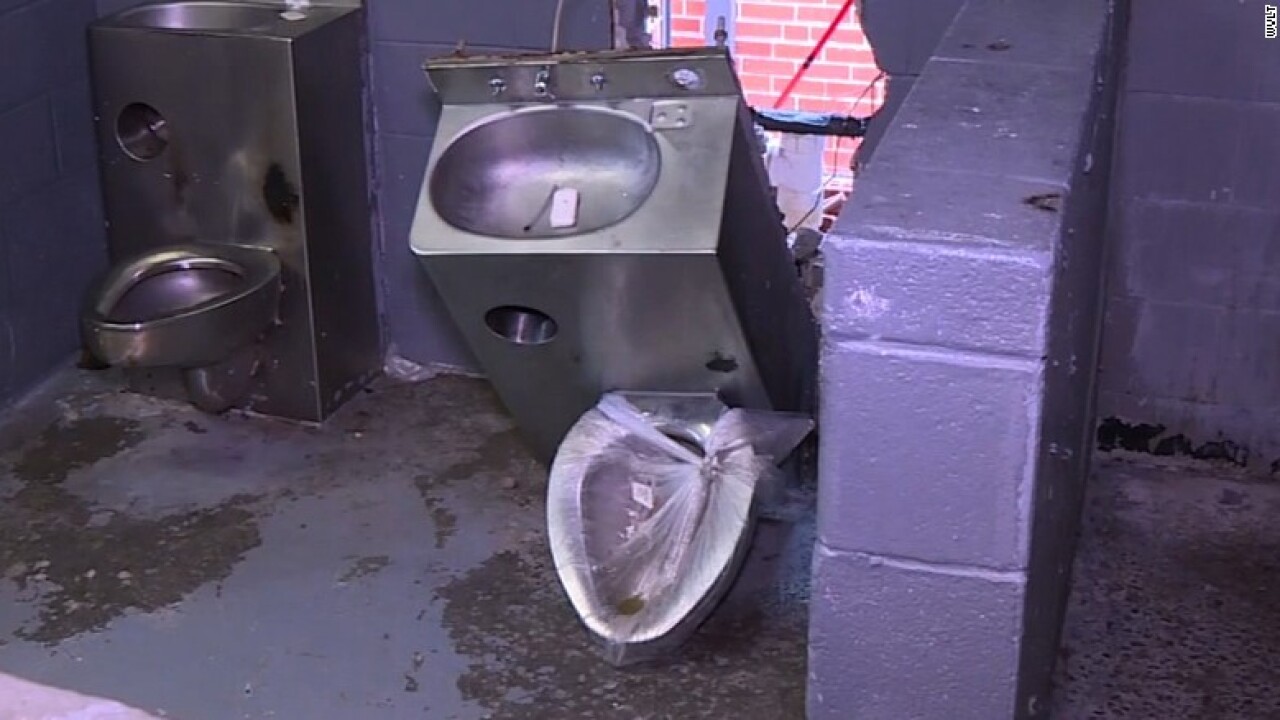 (CNN) — The sixth and final inmate who escaped from a jail in Tennessee by ripping a toilet from a wall and climbing to freedom through the hole has been captured, authorities said Thursday.

David Wayne Frazier, 54, was taken into custody Wednesday in Forsyth County, Georgia, some 190 miles from the Cocke County Jail Annex in Newport, where he and five other inmates had escaped on Christmas morning.

Frazier had been in the lockup awaiting trial for aggravated robbery and possession of a weapon by a convicted felon. He will be extradited from Georgia back to Cocke County.

The county sheriff’s office told CNN affiliate WATE that the inmates escaped after a water leak occurred behind a stainless steel toilet attached to a wall. The bolts holding the unit in place had rusted out, and prior plumbing repairs had weakened the concrete. The inmates vandalized the toilet, yanked it from the wall and gained access to a hole which led outside of the facility.

“They were able to kick out some concrete that was easily broken along with some plumbing,” Cocke County Sheriff Armando Fontes told WATE.

“We’ve had multiple issues with this facility concerning water breaks, sewage breaks, deterioration of the facility,” he said.

Fontes said the escapees managed to put the toilet back in place well enough that “you couldn’t tell that much had happened.” They then climbed over a jail fence and fled, he said.

Four inmates were captured Christmas night, and another turned himself in to authorities. A manhunt was launched for Frazier.

The Cocke County Jail was originally a hospital, but the building has served as a lockup for the past 20 years.