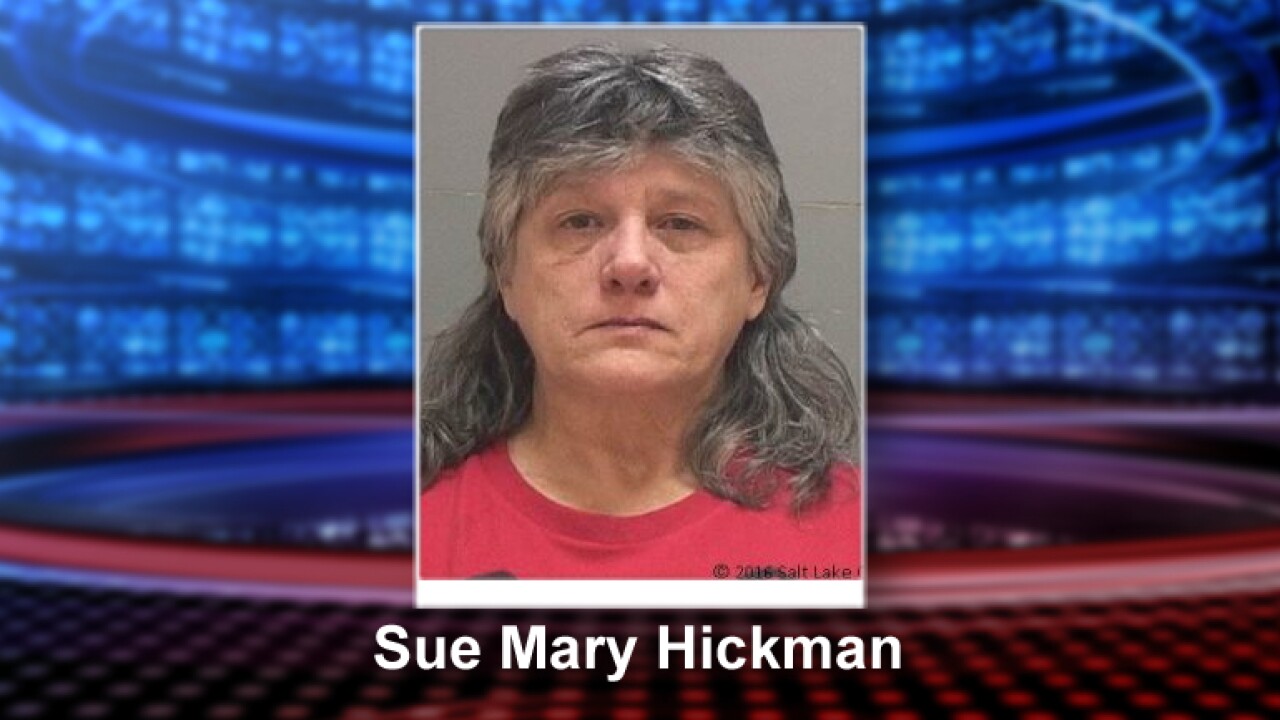 SALT LAKE CITY — A Salt Lake City woman was formally charged with murder Friday in the death of her partner.

Sue Hickman, 53, was charged with criminal homicide murder, which is a first-degree felony, in the death of 54-year-old Rose Marie Harris.

Hickman called 911 on December 17 to request a welfare check on Harris at the home the two shared. According to a statement of probable cause, Hickman told police Harris was dead and that she had shot her.

When police arrived, they found Harris dead at that home and Hickman was taken into custody at a separate location.

Police recovered a silver handgun, a cartridge and a shell casing from the home.