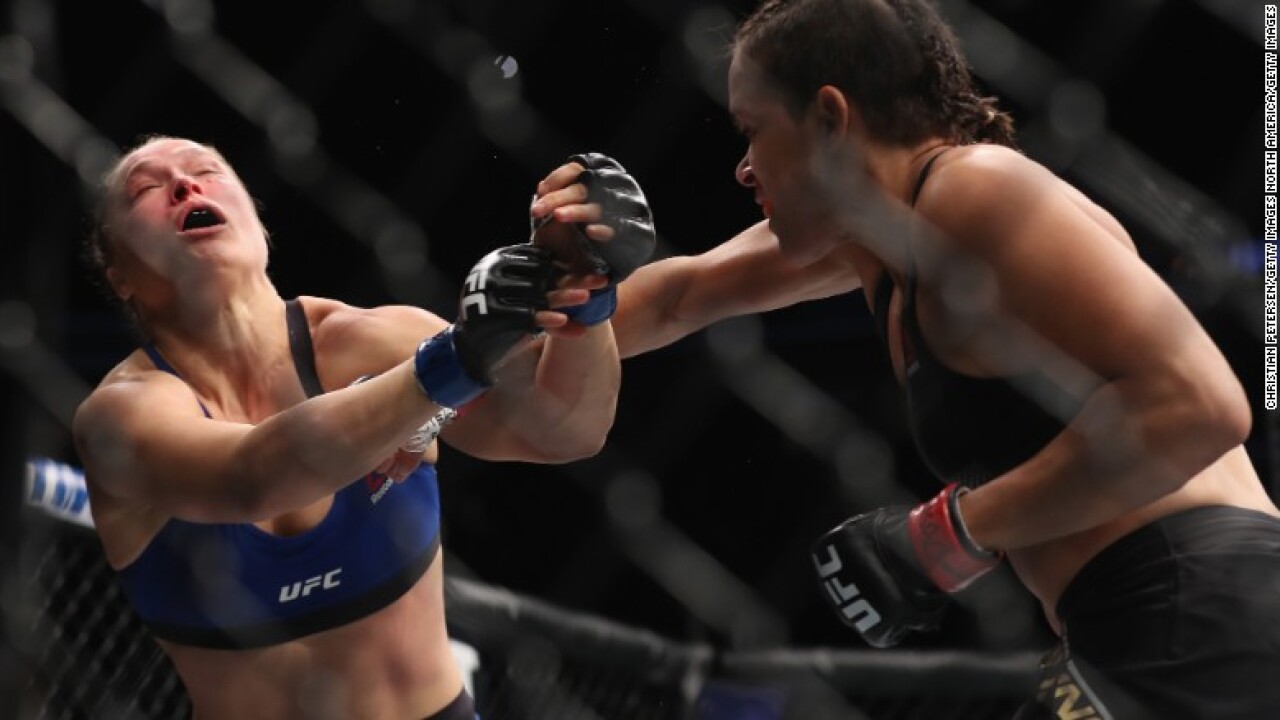 LAS VEGAS, Nevada (CNN) — Only 48 seconds after the opening bell, the comeback was over.

Ronda Rousey, the UFC’s once-great hope and the sport’s all-dominating athlete, saw her chance to redeem her November 2015 loss to Holly Holm.

But almost straight away that dream was shattered by a prepared, efficient and confident Amanda Nunes, the women’s bantamweight champion, whose defense of her belt was largely ignored in the run-up to the fight.

“Before I walked out, (my team) talked, and this moment was my moment,” said the Brazilian, who claimed her first successful defense of her July title.

“(Rousey) had her time, she did a lot for the sport. I thank Ronda Rousey. But right now, I showed I’m the champion and I’m here to stay.”

The matchup was largely billed as the American challenger’s opportunity to regain some of the dominance she demonstrated for much of her career — right up to that shock defeat to Holm. She’s been introverted and down since that loss — even admitting to thoughts of suicide — and in preparation for Friday’s Las Vegas clash, she kept largely out of the limelight.

At both the Thursday weigh-ins and Friday night’s fight, the fans were firmly behind the former bantamweight title holder and their cheers in the arena Friday were supposed to brush the cobwebs off after a 13-month absence and to restore the gun-shy fighter to her former dominance.

Following her November 2015 title loss in what was arguably the biggest upset the sport has ever seen, and dropping to 12-1-0, Rousey retreated from the sport. This was supposed to be the night to put all that behind her.

But the current holder had different ideas. Latching on to a poor defensive posture from the California native, Nunes battered her opponent with a powerful left hook followed by a series of powerful rights, “the Lioness” relentlessly stalking her prey.

“I really trained very hard, I’m a dedicated fighter and I have my team behind me,” Nunes said. “They’ve made me an amazing fighter. It’s unbelievable how American Top Team put me on another level.”

‘Definitely one of my last fights’

Even before Friday’s lightning-fast defeat, there were strong hints that the end of the Olympic bronze medalist’s career might be on the horizon. On Ellen DeGeneres’ show last month, Rousey hinted that retirement may not be that far away.

“Not that long, I’m wrapping it up,” Rousey told DeGeneres. “This is definitely one of my last fights. Everyone better watch. The show isn’t going to be around forever.”

Before her loss to Holm, Rousey didn’t just win. She completely dominated her opponents. In her run of 12 consecutive wins, some took less than a minute, such as when she took out Cat Zingano in just 14 seconds in February 2015.

Back then, Rousey, using her vicious “armbar” maneuver to neutralize opponents, looked unstoppable.

But those days are over, and while the official announcement hasn’t been made, Nunes is already looking ahead.