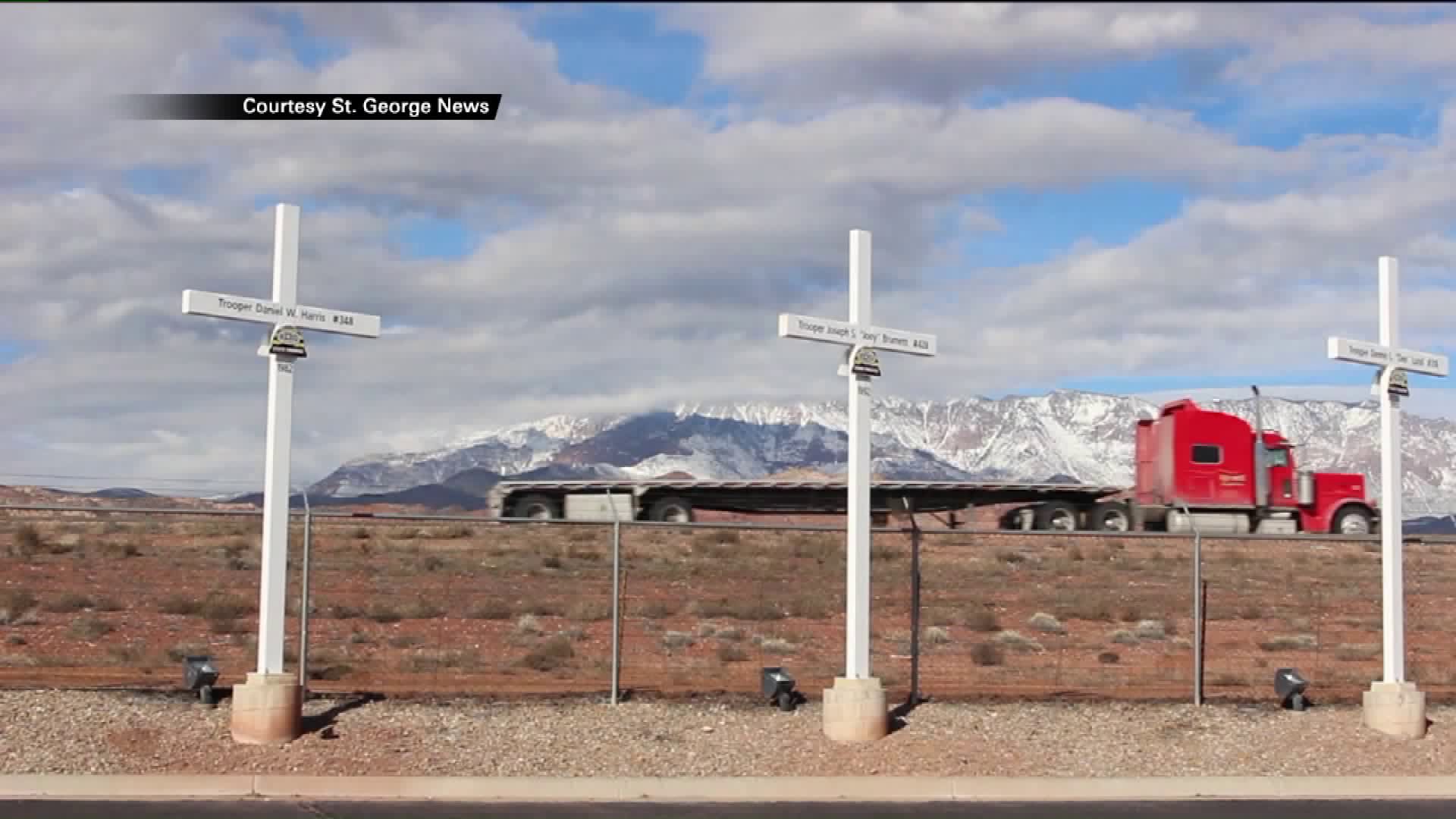 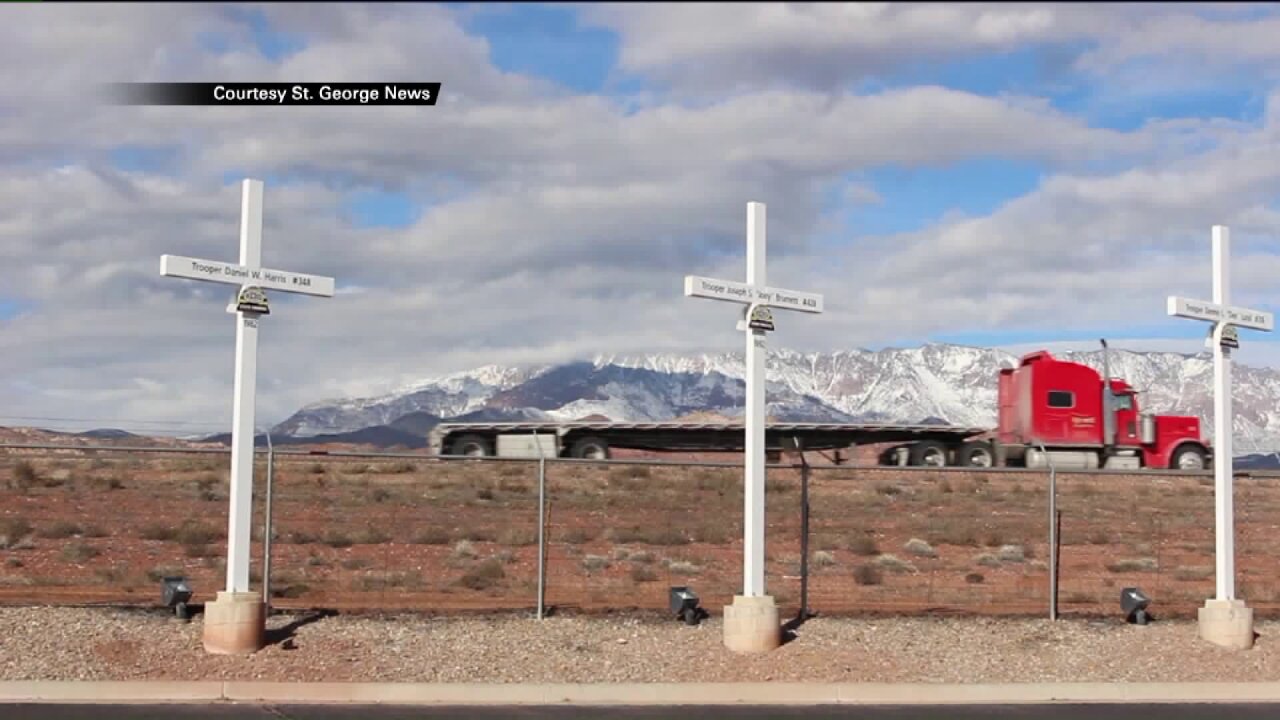 SOUTHERN UTAH -- A cross honoring Trooper Eric Ellsworth now stands tall with 14 other crosses, to remember a man who proudly wore his Highway Patrol badge and who gave his life to serve and protect.

Each of the crosses bears the name and badge of a trooper who gave the ultimate sacrifice.

“These crosses are a memorial to troopers that have lost their lives in the line of duty,” said Don Ipson, President and CEO of DATS Trucking.

Unfortunately, 2016 brought another name and story to the memorial. Trooper Eric Ellsworth died after he was hit by a vehicle while warning motorists about downed power lines.

“He passed away of the injuries he sustained in a car crash,” said Col. Michael Rapich of the Utah Highway Patrol.

The memorial to Ellsworth and other troopers is right alongside one of the state’s busiest highways, I-15.

“People that pass by here see these crosses, they ask about them, they know what they mean,” Rapich said.

Don Ipson runs DATS trucking and owns the land these crosses have been sitting on for several years.

“I had the idea that this location next to the freeway was an ideal place to put them,” he said.

A lawsuit over trooper memorial crosses, which were originally erected on public land, led to the memorial on private land in southern Utah.

On each cross, below each name, is a simple word that best describes these troopers: Hero. The memorials can be seen on I-15 just north of St. George near exit 16.

The video in this report is courtesy of St. George News. Visit their website for more on this story and the lawsuit over the original memorial location.