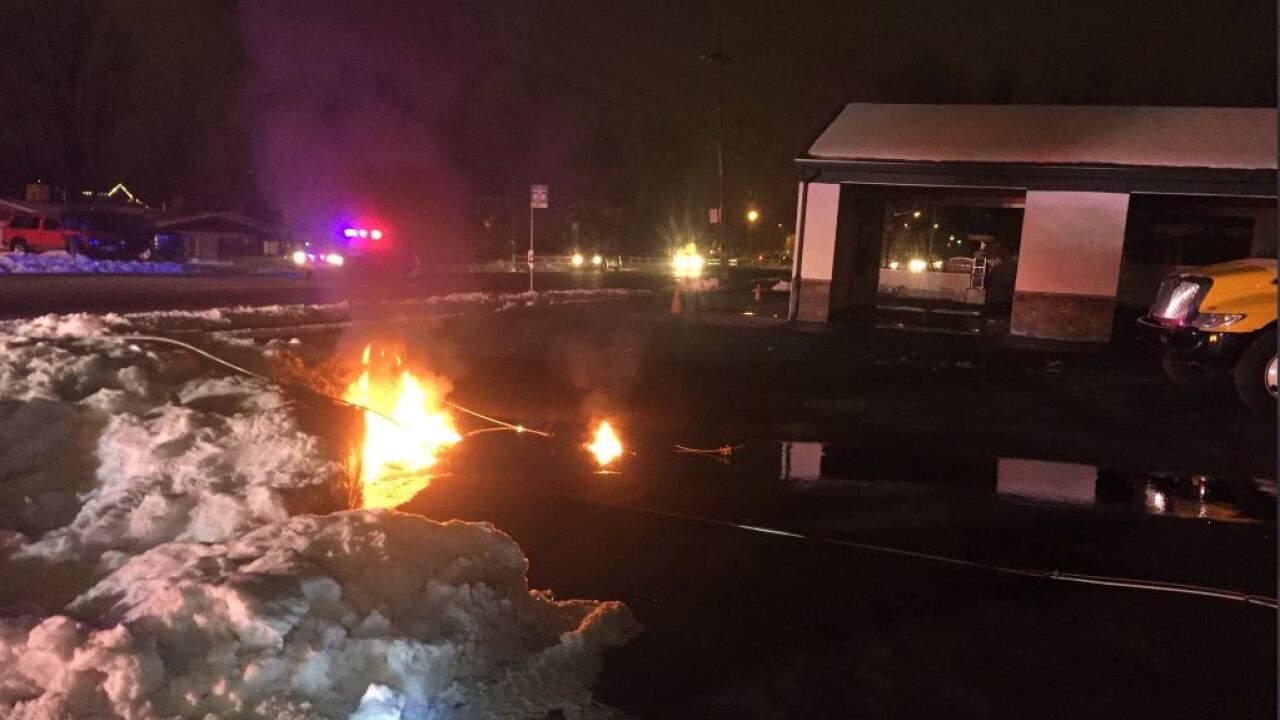 UPDATE: 100 North is open again, and fire officials say power has been restored to all but three homes as of 9:34 p.m.

CENTERVILLE, Utah — A truck was involved in a crash with some power lines in Centerville Saturday, causing a power outage and some road closures in the Main Street area.

Centerville Police stated the power was coming back on as of just before 9 p.m. after an outage caused by a truck hitting power lines. Fire officials tweeted a photo of the resulting fire, which caused a closure at Main Street between 200 North and Center Street.

Main Street reopened as of just before 9 p.m., but fire officials said 100 North is closed between 100 East and Main Street.

Main st closed in Centerville between 200 north and center due to down lines and fire. Use alt routes pic.twitter.com/whq50hRO7R