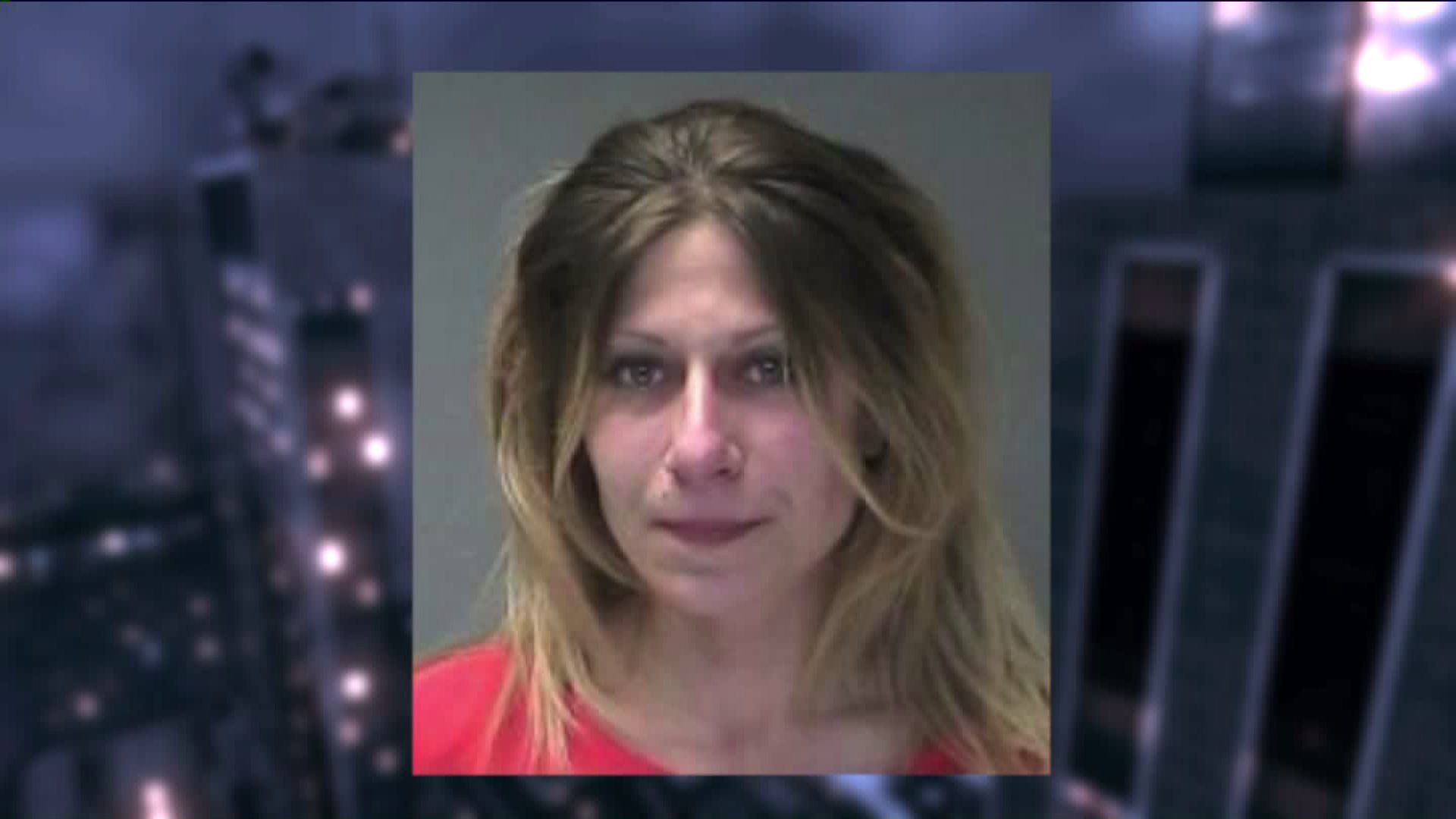 Maria Lagatta, 37, was charged with driving while ability impaired with drugs, aggravated driving while intoxicated with a child and endangering the welfare of a child, police said. (Photo: Suffolk County PD)

Maria Lagatta, 37, was driving slowly on the Long Island Expressway when Highway Patrol Officer Joseph Goss tried to pull her over around 5:30 p.m., police said.

When Lagatta didn't stop, Goss pulled alongside her and saw a child in the rear passenger seat, police told WPIX-TV.

"I'm a dad myself ... the first thing we do as a police officer is scan the car for threats, and the biggest threat I saw was (to) the safety of that child getting rear-ended," Goss said. "I told them to pull over and, with her passenger window down, she said, 'I can't.'"

Lagatta then slowed down to approximately five miles per hour and Goss sped past her, parking his vehicle on the right shoulder.

"That window that she rolled down to tell me that she can't pull over was actually the window of opportunity to stop the vehicle," Goss said.

He managed to jump into her car through the passenger seat window and bring the vehicle to a stop. Neither Lagatta nor her daughter were hurt. The girl was released to a family member and Child Protective Services was notified.

Lagatta was charged with driving while ability impaired by drugs, aggravated driving while intoxicated with a child passenger 15 years old or younger, and endangering the welfare of a child, police said.

She will be arraigned at First District Court in Central Islip on Dec. 30.