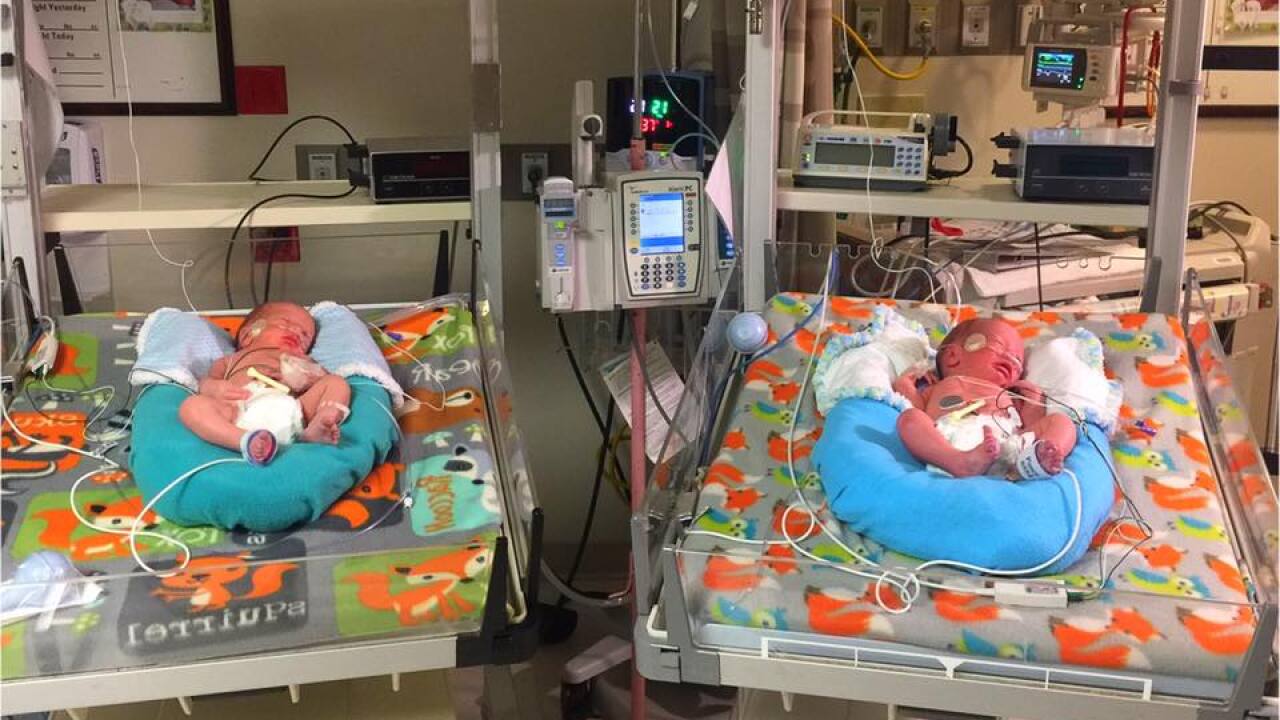 LAYTON, Utah — A mother has given birth to a set of twins at Davis Hospital and Medical Center, and the two babies were born just before and after the start of 2017.

Similar stories have also been reported in Arizona, California and Georgia.

“We are thrilled to have ended 2016 in a big way with the surprise birth of James at 11:59pm and his identical twin brother Mathew at 12:01am in 2017! What a way to ring in the New Year!,” a Facebook post from Davis Hospital said.

Matthew and James are the sons of Nick Criddle and Huyen Nguyen. According to a news release from the hospital, Nick and Huyen were planning to have a family barbecue for New Year’s Eve, but had to make a trip to the hospital’s emergency room after Huyen “wasn’t feeling quite right.”

Huyen was then taken to the hospital’s Labor and Delivery area, where she delivered the babies via C-section just before and after midnight.

“Although the boys are born early at 35 weeks they are doing great, and are expected to be in the hospital only a short time. Mom is also doing great after surgery and both parents are thrilled to have the boys here,” the news release said.

Criddle said the boys exhibited some personality traits before they were born.

“In the womb, Matthew was bigger and the trouble maker, always kicking and moving. James was our quiet one and easy going so we are pleased that he is the older brother and can help guide his younger brother,” Criddle said in the news release.