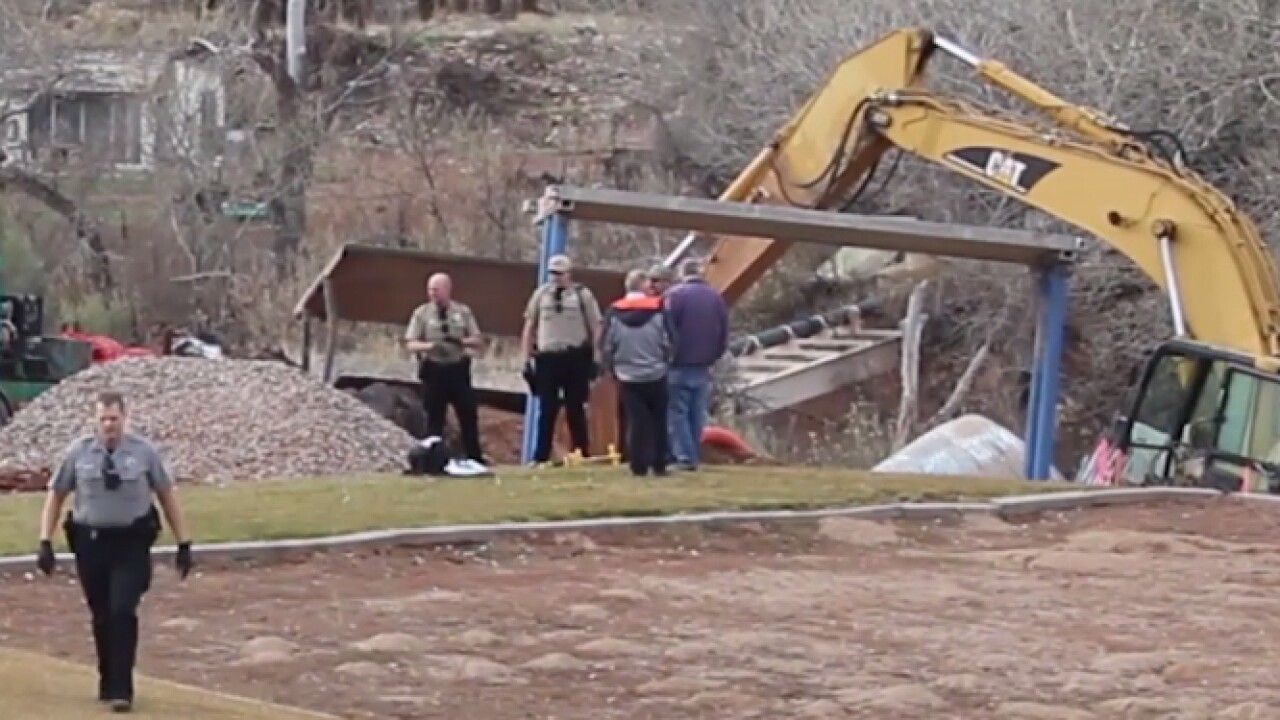 First responders were dispatched to a park at 900 N and State Rte. 217, next to the LaVerkin Creek, around 2 p.m.

LaVerkin Police Chief Benjamin Lee told St. George News the victim had been marking public utility lines when he was hit by the trackhoe.

“The (trackhoe) driver had no idea,” Lee said in an interview with St. George News, adding that the man was “pretty shaken up” over the matter.

Police did not find any indication of malicious intent or impairment at the scene, and the incident has been ruled an accident.