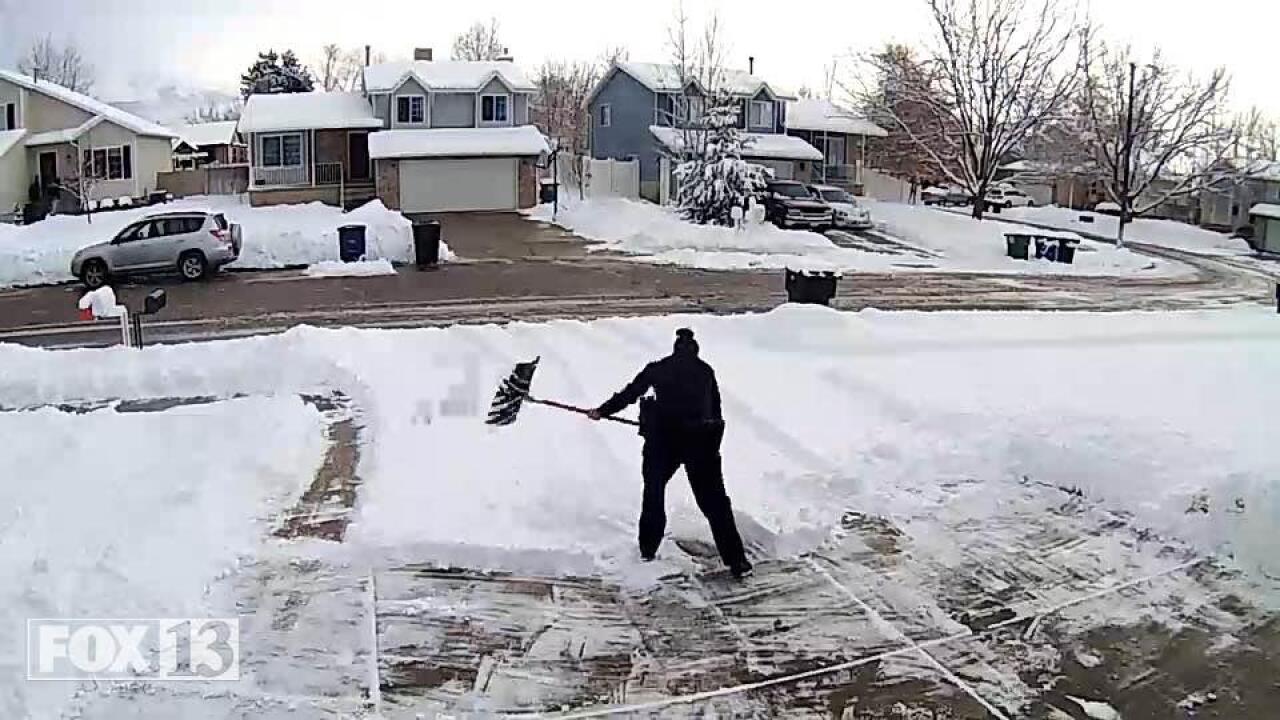 Brandon Kaauwai said his neighbor texted him at work to tell him police were at his Kaysville home.

“When I got the text message the cops are at my house my stomach kind of dropped,” Kaawai said.

Kaauwai said he pulled up his security cameras to ensure everything was OK and found something he didn’t expect.

It was Lacy Turner, a Kaysville officer, and she was shoveling the snow from his driveway and sidewalks.

“I kind of got an idea of, I would hate to go home and have to shovel my driveway,” Turner said. “I want to try and make little things here and there to help people understand, we have to shovel our driveways too and things we can do as humans, not just police officers, are fun.”

Kaauwai said the Turner shoveled a neighbor’s property as well. He called it a refreshing sight “considering all the negative things you see about police now in media.”