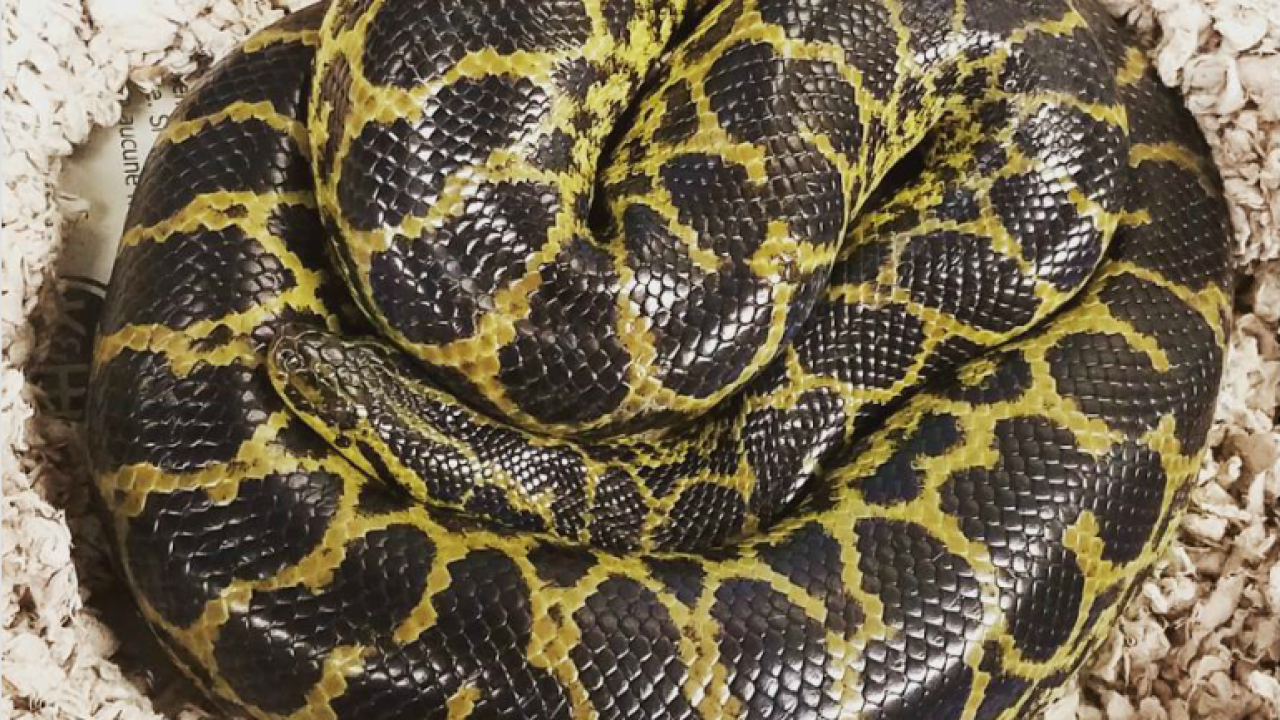 Arlington County Animal Control said they received a call for a snake inside an apartment toilet, something that isn’t that unusual, according WTVR-TV. However, this wasn’t just any snake, it was a juvenile yellow anaconda that was nearly 5 feet long.

Officials say Officer Brenys White was able to safely remove the “lost and confused” snake from the toilet and bring it back to the shelter.

The yellow anaconda stayed at the shelter for a few days until they were able to find a specialist familiar with the species who could give him the care that he needed.

“They need specialized care and housing, and while they are non-venomous, can be dangerous when they reach full size and are not well-socialized,” the Animal Welfare League of Arlington wrote on its Facebook page.

The shelter is still investigating how the snake got inside the toilet, but say it was likely abandoned and went into the toilet seeking food like rats and mice.

“We highly encourage anyone thinking about having a snake as a pet to do extremely thorough research to determine whether they will be able to adequately care for their snake,” the shelter added.