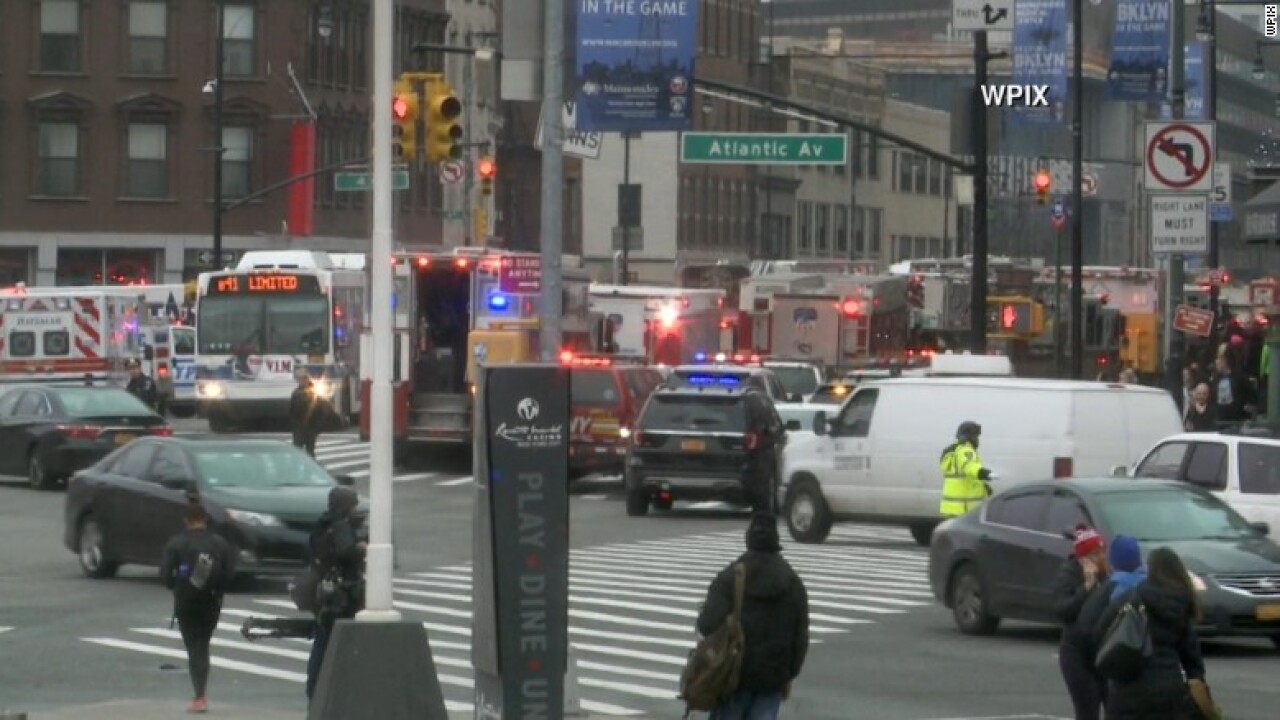 The cause of the incident, on Long Island Rail Road Track 6 in Brooklyn, was not immediately clear. Fire officials deferred additional questions to the Metropolitan Transportation Authority, which did not immediately respond to CNN’s questions about the cause.

One witness, who only wanted to be identified as Sophie, saw the aftermath of the incident from the platform. She posted a photo of a mangled train door with a window busted.

“I went onto the platform because the train I needed to board was on the track on the other side of the platform,” Sophie said.

“While on my train, I saw teams of firefighters and police rushing in to help. A few people were still on the train, and others who had gotten off were a little bruised but emotionally shaken,” she said. “A few people were crying and calling their loved ones. Dozens were trying to take photos.”

As of midmorning, no other train service had been affected, MTA spokesman Aaron Donovan said, but future delays are possible.

“Anticipate possible delays into and out of Atlantic Terminal this morning due to an incident at the terminal,” Long Island Rail Road tweeted.

In October, a Long Island Rail Road train derailment left 33 people injured. The first three carriages of the 12-car train derailed about half a mile east of the New Hyde Park station.

In that case, the train derailed after colliding with part of a work train running in the same direction on an adjacent track, MTA Chairman Tom Prendergast said.

A piece of equipment from the work train ended up “violating the clearance envelope of the other track,” he said.