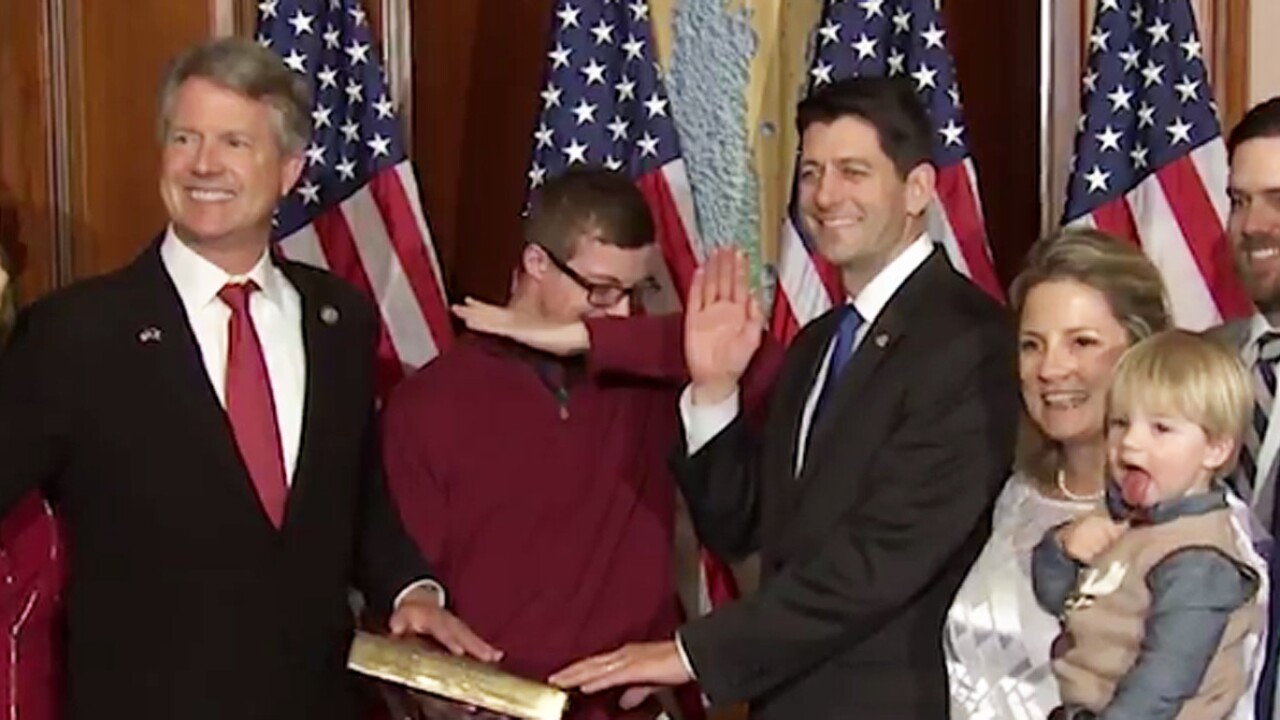 WASHINGTON  — On a day filled with pomp, circumstance and photo ops meant to commemorate pomp and circumstance, leave it to the youth to out-ridiculous everyone else.

After House Speaker Paul Ryan officially swore in the 115th Congress Tuesday, he began an hours-long photo op with members and their families.

Newly-minted Rep. Roger Marshall, a Kansas Republican, got more than he bargained for in his photo. Despite being a father of four with what is likely a finely-tuned nonsense radar, one of the younger Marshalls decided to take full advantage of his front and center position … by dabbing.

Dabbing is an upper body movement — made popular by Carolina Panthers quarterback Cam Newton, and made embarrassing by former Rep. Loretta Sanchez during a political debate. Young Mr. Marshall did a textbook dab in the hallowed halls of Congress.

House Speaker Paul Ryan had to stop a congressman's son from dabbing during his father's swearing-in https://t.co/LIm3r6rFzl pic.twitter.com/7jcHVomPtV

As you can see, Ryan didn’t really get it.

“Do you want to put your hand down?” Ryan said. “You gonna sneeze? That it?”

Congressman Marshall was not amused and tweeted that he grounded his son for the stunt.