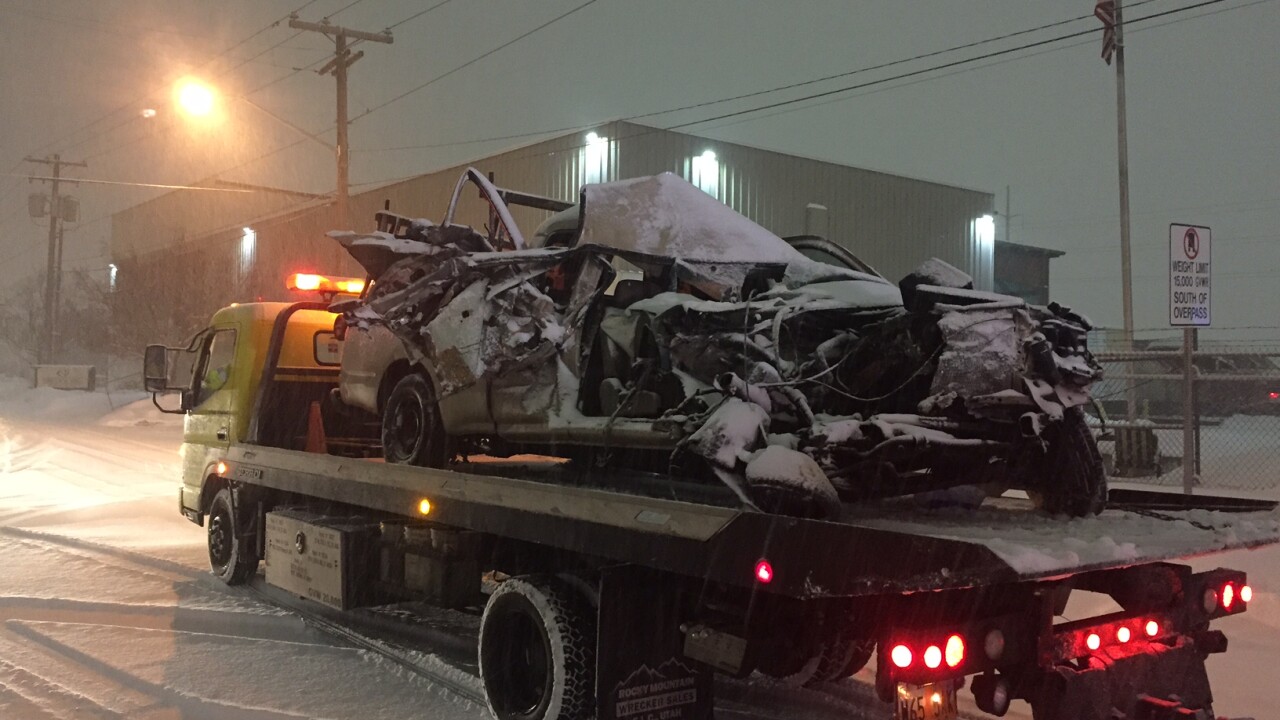 A car damaged in crash with a FrontRunner train on January 4, 2017.

The crash occurred in the area of 800 North Main Street, and Fox 13 News first heard reports of the crash just before 9 p.m.

It was not immediately clear if anyone was injured in the crash, or what caused the crash to occur.

The Utah Transit Authority stated a bus bridge was in place between North Temple and Woods Cross, but just after 10 p.m. they stated the scene had cleared and FrontRunner was working to get back on its regular schedule.

Fox 13 News has reached out to authorities for more information, and we will update this story as more details emerge.