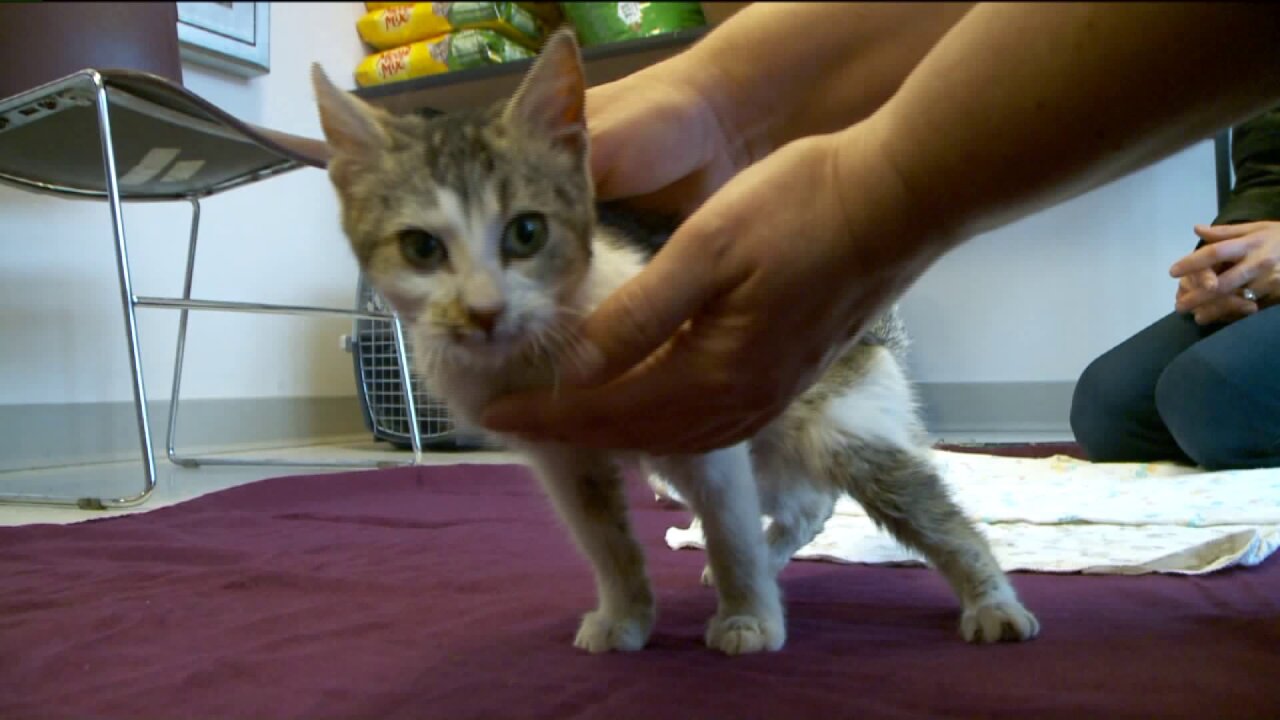 WEST JORDAN, Utah – A kitten is lucky to be alive after it was found frozen to a blanket on a window sill in West Jordan, and animal experts are urging Utahns to bring their pets in out of the snow.

The kitten, about 8-10 weeks old, was dropped off at the Humane Society of Utah Tuesday night, and the kitten was in rough shape when she arrived.

"It was very skinny, it had gone without food for a while, frozen to the blanket,” said DeAnn Shepherd, Director of Marketing and Communications for HSU. “It's ears had a little frostbite on it. So it took some time for us to be able to re-warm the animal."

HSU has named the little rescue kitten Elsa, after a character in the Disney film “Frozen.” The cat is doing well, but it will be some time before she is recovered enough to be adopted.

HSU says they hope Elsa’s story will remind people that, just because an animal has fur, that does not mean they are able to tolerate Utah’s winter temperatures at night.

Click here for more information on the Humane Society of Utah and the work they do on behalf of animals in the Beehive State.