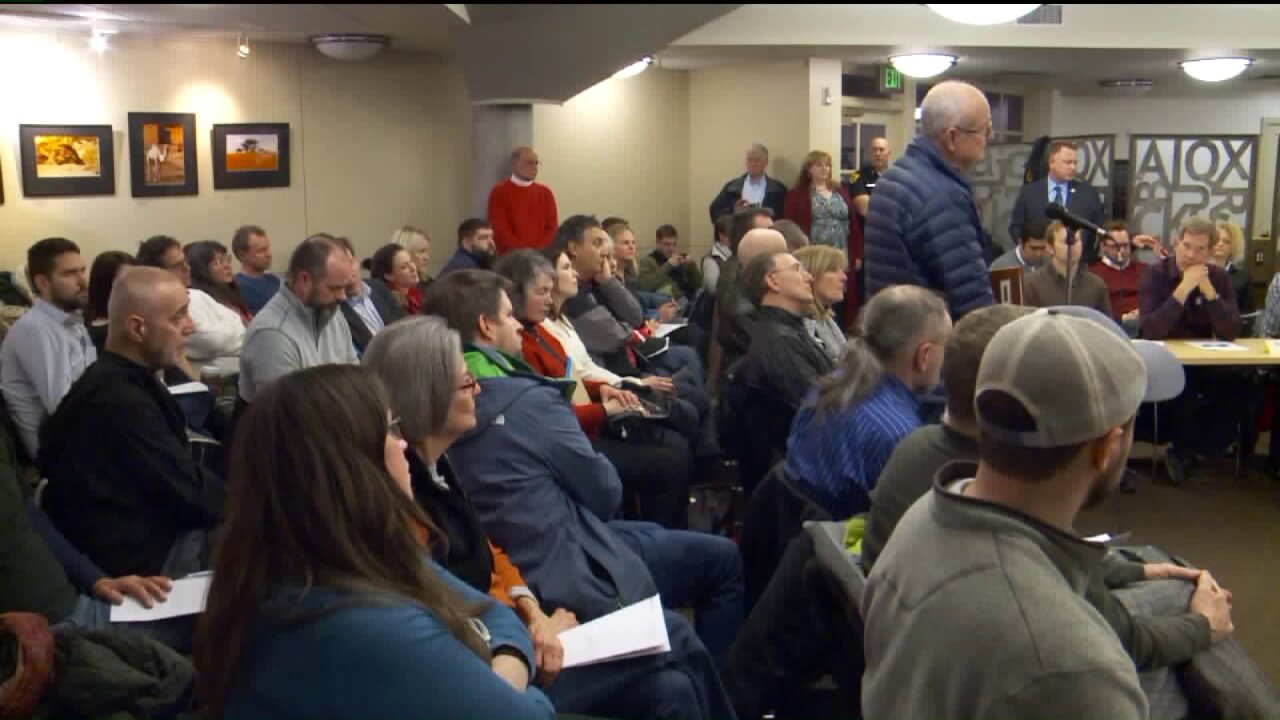 It was standing room only at the Public Safety Building in downtown as well as at the Sprague Library in Sugar House.

"It's very frustrating, a lot of questions have been asked to her and she's not answering the questions," said Curt Hamilton.

Hamilton lives a block away from 131 East 700 South, where one of the new homeless resource centers will be established.

"After a year of buying a house and putting a lot of money into fixing it up, if that immediately goes down the toilet and I lose a lot of money on the house, that's a burden I don't want to bear," Hamilton said.

Biskupski said it's important to keep an open mind. The city's goal is to squash what's currently happening on Rio Grande, not move it somewhere else.

"The reality is you need to give me a chance, and I will also say to you: For two years we have been working at this in open public meetings," Biskupski said.

However, Sugar House residents living near the Simpson Avenue location say it's hard to be optimistic when it's your safety that's on the line.

"We are just worried about the crime rate, we've already had multiple cars broken into and we just don't want to see that increase with the influx of homeless people in the area," said Ashley Crocker.

Biskupski said each center will be staffed with adequate security, counseling and resources.

"The city raised their hand and said we will be a part of the solution," Biskupski said.

Others are convinced there are no solutions, only more problems.

There are more upcoming meetings/workshops scheduled between the city and the community later this month. See below for details: