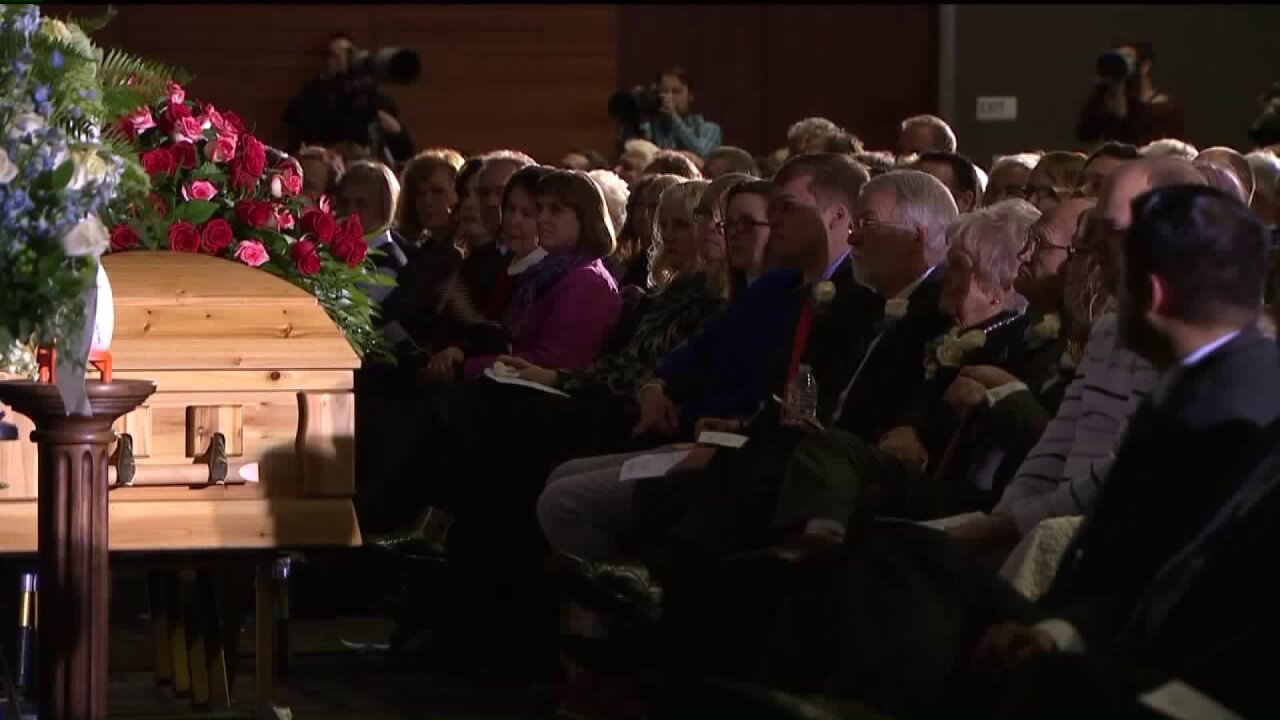 Edwards, who died at the age of 86, led the Cougars for 29 seasons, amassing 257 victories in his time along with 10 straight WAC championships and 17 straight bowl game appearances.

Elder Jeffery R. Holland of The Church of Jesus Christ of Latter-day Saints' Quorum of the Twelve Apostles presided over the event, which was conducted by Bishop Brian Santiago.

Holland spoke during the service, along with Edwards' sons, Jimmy and John, and former quarterback Robbie Bosco—who spoke on behalf of all former players. The speakers shared stories of how Edwards put his family first and expressed the great love he had toward his wife, Patti.

"My dad loved BYU, and he loved the opportunity to be a coach here,"John Edwards said.

Bosco recalled a tender moment near the end of Edwards' life.

"I grabbed his weak little hand and held it and told him how much I loved him and how much he meant to me, and then I felt a squeeze by his hand and I looked down at him, and he was looking me right in the eyes, and he says, 'Robbie, I love you,'" Bosco said.

The closing speaker was Holland—who previously served as the President of BYU, which is run by the LDS Church. Holland said Edwards was always true to his faith, no matter the setting or whether he was on or off the field.

"[Edwards] said, 'I read somewhere in a book that if you are prepared you shall not fear, that seemed like good advice to me,'" Holland said.

Holland also shared a letter from the LDS Church's First Presidency, which expressed gratitude to the Edwards family for their contributions and the example they've set over the years.

See the video above for more from Friday night's memorial. Private funeral services for family, close friends and former players will be held Saturday before Edwards is interned at Eastlawn Memorial Hills Cemetery in Provo.

The service can be viewed in its entirety in the video embedded below: