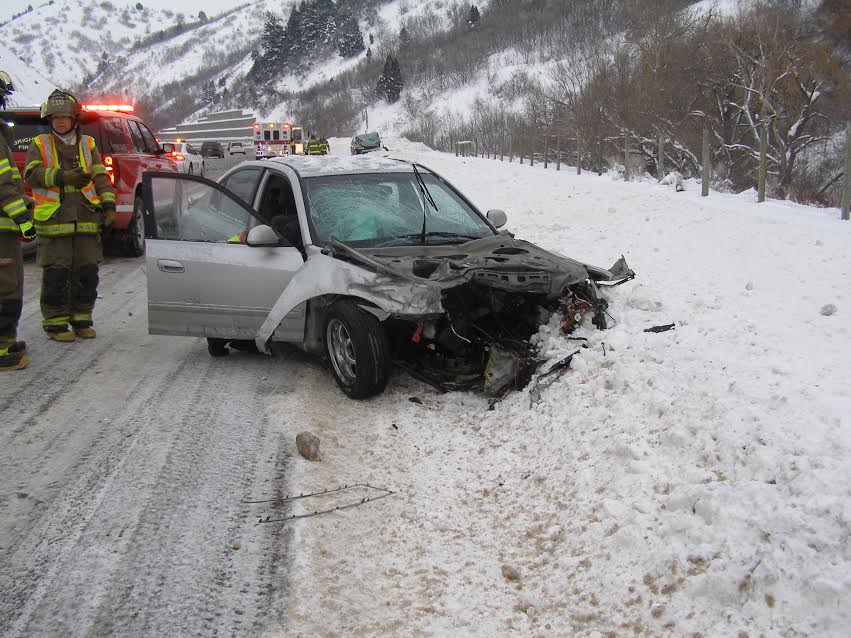 BOX ELDER COUNTY, Utah — A woman was killed in a three-vehicle crash near Mantua in Box Elder County Saturday evening, and the crash closed one lane of SR-91 as authorities investigated.

The deceased has been identified as 46-year-old Teri A. Taylor of Logan.

According to the Utah Highway Patrol, the fatal crash occurred around 5:40 p.m. on State Route 91 near mile post 5, which is between Mantua and Brigham City.

The driver of a silver Hyundai traveling south and west on SR-91 crossed into the median area for an unknown reason. That area was slightly slush-covered, and the driver lost control of his vehicle at that point.

The Hyundai moved into the north/east lanes, where it clipped the back corner of a red Chevy. The Chevy spun out across the south/west lanes and came to a stop in an emergency lane.

The Hyundai continued across the north/east lanes, where it hit a Honda near the driver’s door. The driver of the Honda, Taylor, died instantly.

A passenger in the vehicle, 20-year-old Emily Taylor of Logan, suffered minor injuries.

The driver of the Hyundai was not injured. The two occupants of the Chevy were also unharmed.

Police say there is no indication impairment was a factor in the crash, and all parties involved appear to have been wearing seat belts.