Police: Missing driver who crashed through wall has been found 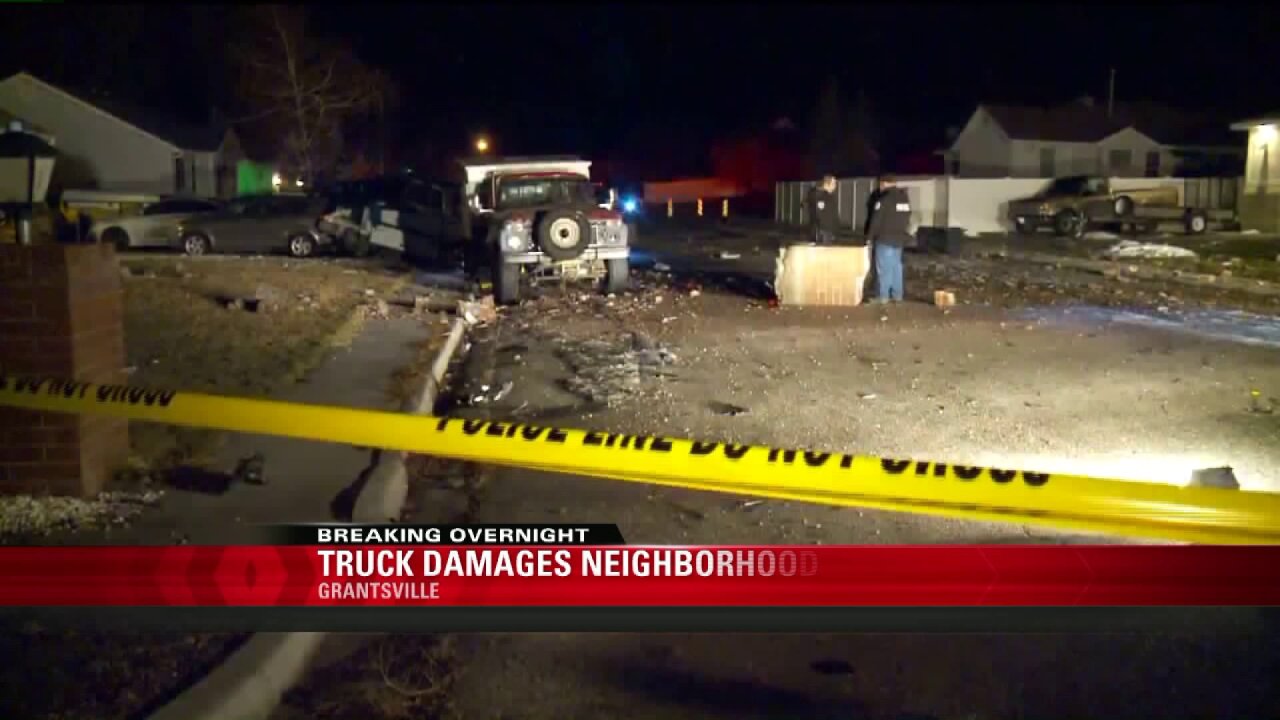 GRANTSVILLE, Utah - The missing 20-year-old driver police say left a scene of destruction in Grantsville has been found.

Authorities said they were called about a reckless driver near Clark St. and Tiebreaker Dr. at 2:30 a.m.

Officers spotted the truck and tried to pull it over but the driver sped off and police did not chase it.

Moments later officers found the truck had crashed through a wall, rolled at least once, hit a parked car and caused other damage to the neighborhood.

According to police, three people were in the truck; a man, a woman and the driver who was missing and later found near 400 Main St.

Officers said the man and woman had serious injuries and one of them was flown to the hospital.

The driver went to the hospital in unknown condition.

Authorities said they found alcohol in the truck which may have played a part in the wreck.