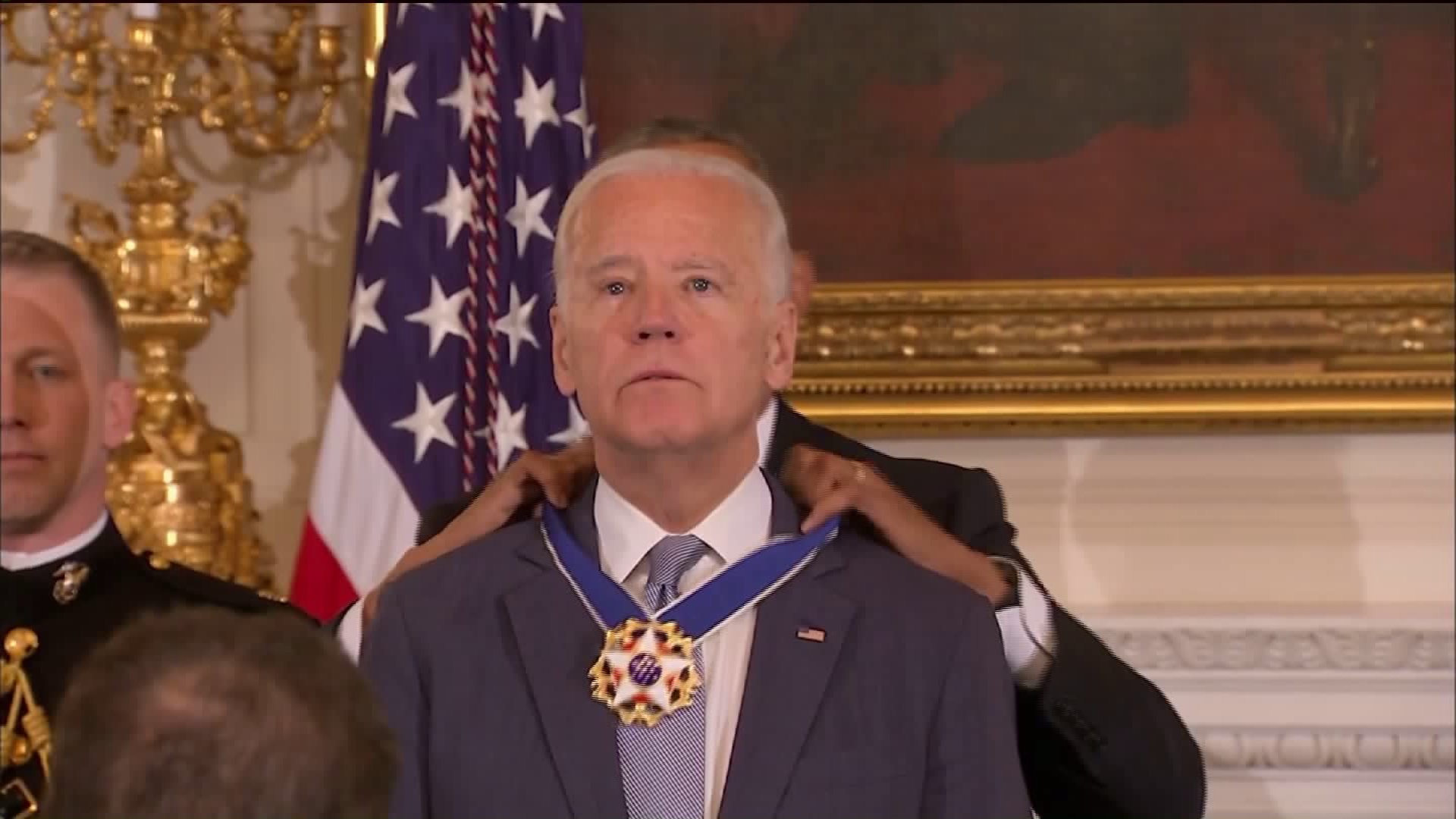 Vice President Joe Biden held back tears as he accepted his Presidential Medal of Freedom with Distinction at the White House. 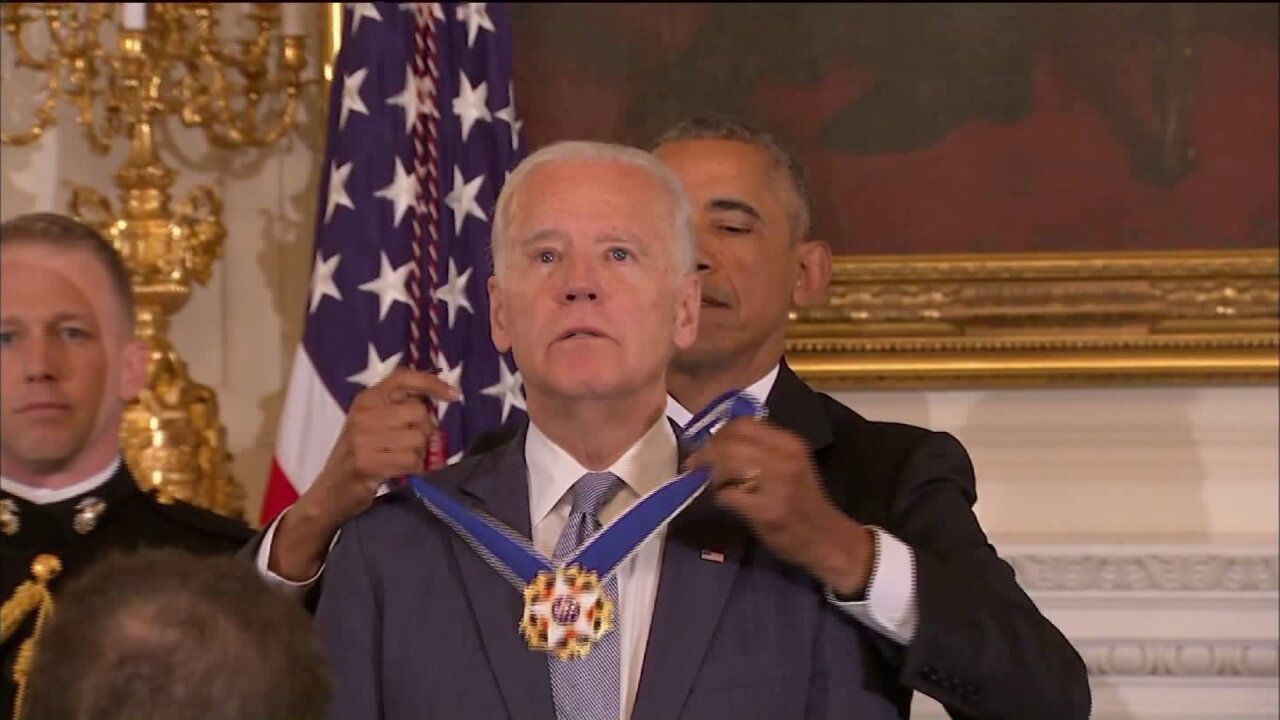 "I just wanted to get some folks together to pay tribute," President Obama said at the ceremony. "It also gives the internet one last chance to talk about our bromance," he joked.

"If you can't admire Joe Biden as a person you've got a problem," Obama said. "He's as good a man as God ever created."

Before surprising his vice president with the medal, Obama gave lengthy and colorful remarks praising Biden, along with his wife Dr. Jill Biden, his children and his grandchildren.

"This also gives the internet one last chance to talk about our bromance," Pres. Obama said.

The president also reflected on his decision to choose Biden as his vice president, saying, "There has not been a single time that I've doubted the wisdom of that decision ... this is an extraordinary man."