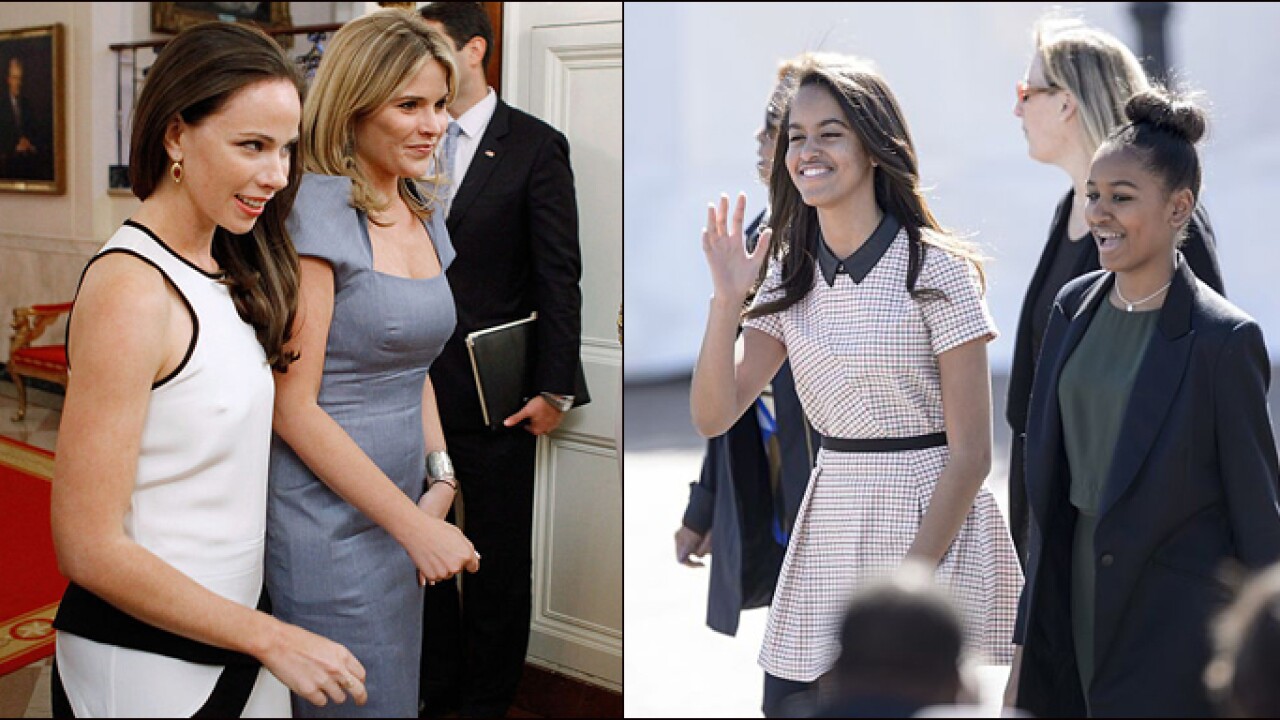 WASHINGTON – President George W. Bush’s twin daughters are offering advice to Malia and Sasha Obama, who are soon to join them in the ranks of former first kids.

“We have watched you grow from girls to impressive young women with grace and ease,” wrote Barbara Bush and Jenna Bush Hager in an open letter published by Time Magazine.

The Bush daughters — who first became familiar with the White House during the presidency of their grandfather, George H.W. Bush — recalled returning to the executive mansion in 2008 as young women to show the Obama girls around.

They said they had more advice now that the Obamas are moving into a new chapter of their lives.

“Now you are about to join another rarified club, one of former First Children — a position you didn’t seek and one with no guidelines,” the Bushes wrote. “But you have so much to look forward to. You will be writing the story of your lives, beyond the shadow of your famous parents, yet you will always carry with you the experiences of the past eight years.”

They conceded the experience of growing up in the White House wasn’t always pleasant, marked by tight security and constant criticism from political opponents. But they wrote that developing relationships with the permanent staff in the residence had helped them adjust, and said they maintained contact with their Secret Service agents, who they said “put their lives on hold for us.”

“You have lived through the unbelievable pressure of the White House,” the Bush daughters wrote. “You have listened to harsh criticism of your parents by people who had never even met them. You stood by as your precious parents were reduced to headlines. Your parents, who put you first and

First daughters Malia (L) and Sasha (C) share a laugh on the Ellipse of the National Mall December 3, 2015 in Washington, DC. The First Family was joined by celebrities and guests to light the National Christmas tree during an evening of performances. AFP PHOTO / JIM WATSON / AFP / JIM WATSON (Photo credit should read JIM WATSON/AFP/Getty Images)

who not only showed you but gave you the world. As always, they will be rooting for you as you begin your next chapter. And so will we.”

This is not the first time the sisters have written a letter to the Obama children: A similar note of encouragement was published in the Wall Street Journal in 2009.