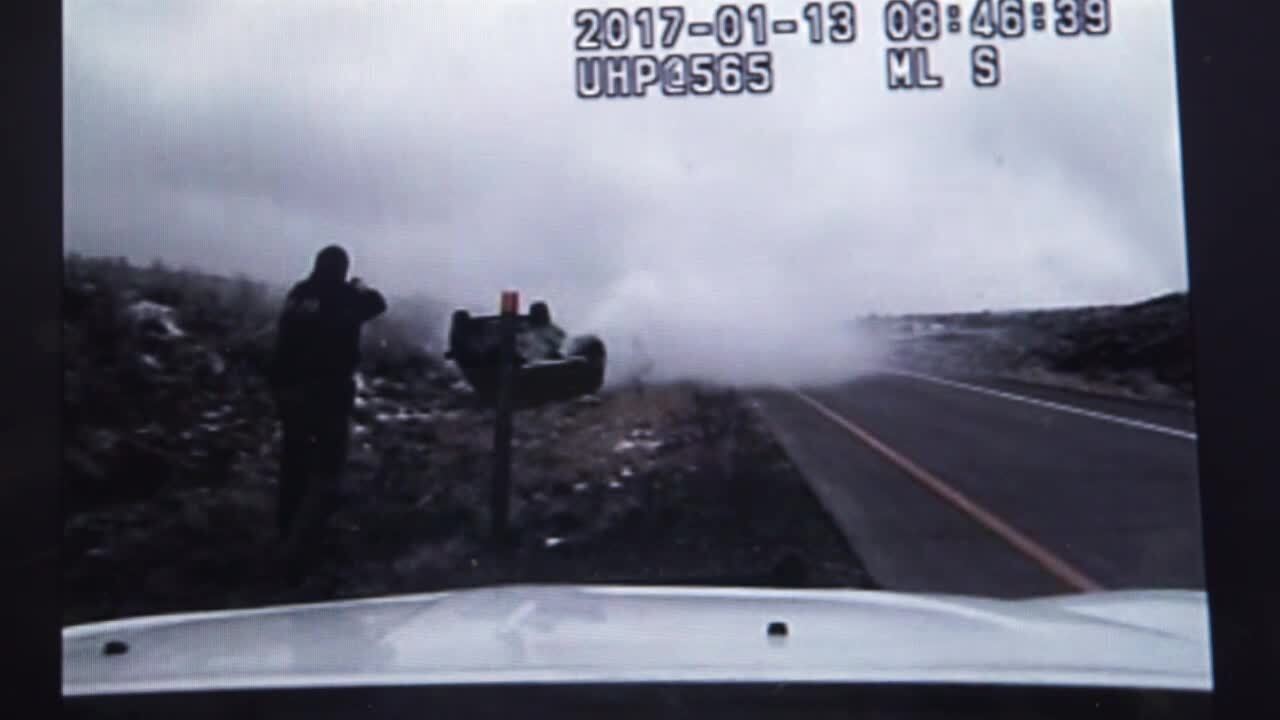 SEVIER COUNTY, Utah -- A man is in custody after leading police on a chase on I-70 that ultimately ended when the suspect swerved to avoid some spikes and rolled the vehicle.

According to the Utah Highway Patrol, a trooper saw the vehicle traveling on I-70 near mile marker 49 and going about 90 mph just before 9 a.m. Friday.

The trooper attempted to stop the vehicle, but the driver did not stop or respond. UHP contacted Sevier County Sheriff's Office for help as a chase ensued.

The fleeing driver exited the highway at mile marker 33, where a deputy had placed spike strips at the bottom of the off-ramp. The driver swerved to avoid those spikes and rolled the vehicle.

There were two men and three women in the vehicle, all of whom were taken to a hospital as a precaution. The driver of the vehicle was later arrested. His identity has not been released.

Police aren't sure why the suspect fled from the trooper initially.