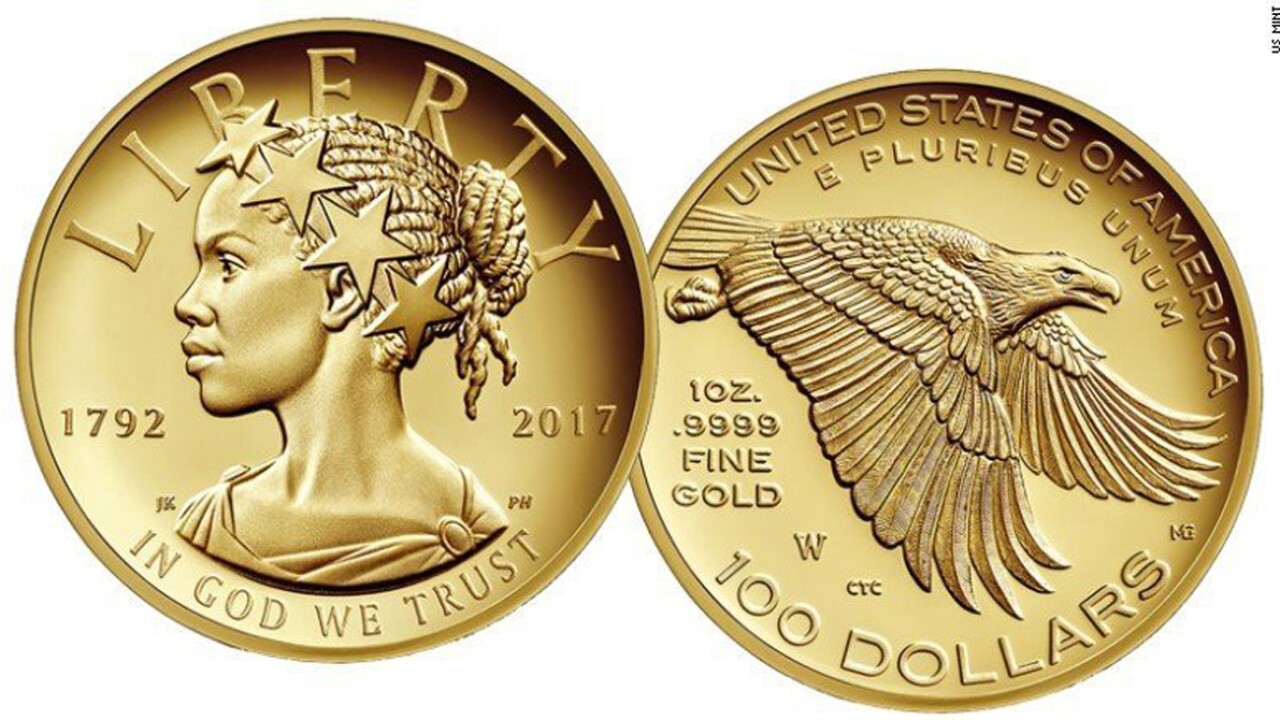 WASHINGTON, DC - A new commemorative coin from the U.S. Mint and Treasury features a fresh depiction of Lady Liberty. With a crown of stars in her hair and a toga-like dress, she's as patriotic as ever. She's also, for the first time on an officially minted coin, portrayed as a black woman.

The United States Mint unveiled the 24k gold coin in commemoration of its 225th anniversary.

In the coming years, the Mint plans to give this new version of Lady Liberty a few diverse friends.

"The 2017 American Liberty 225th Anniversary Gold Coin is the first in a series of 24-karat gold coins that will feature designs which depict an allegorical Liberty in a variety of contemporary forms-including designs representing Asian-Americans, Hispanic-Americans, and Indian-Americans among others-to reflect the cultural and ethnic diversity of the United States," reads a press release from the Mint.

The coins are worth $100 and they will also feature this dynamic but somewhat exasperated-looking bald eagle.

The other is the presidential coin, which features different presidents on the obverse side, and the Statue of Liberty on the reverse.