This billboard coughs if you smoke near it 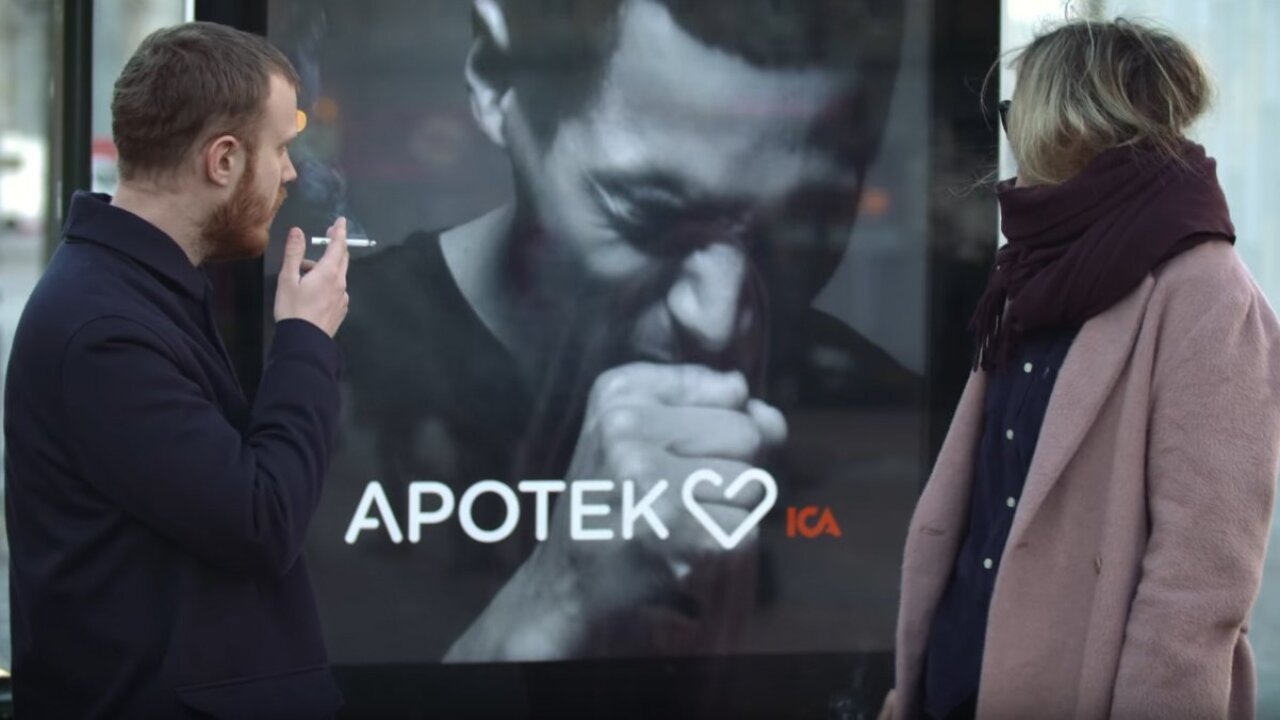 When smokers walk by a certain billboard in Stockholm, something strange happens: The billboard coughs at them. The innovative advertisement is paid for by a Swedish pharmacy chain that wants to encourage smokers to kick their smelly habit.

STOCKHOLM – When smokers walk by a certain billboard in Stockholm, something strange happens: The billboard coughs at them.

The innovative advertisement is paid for by a Swedish pharmacy chain that wants to encourage smokers to kick their smelly habit.

At first glance, the digital screen positioned outside a metro station shows only a simple photo of a model. But walk by with a lit cigarette and the man in the picture starts coughing, clearly bothered by the smoke.

Akestam Holst, the agency behind the campaign, created the effect by attaching smoke detectors to the digital advertising screen. They chose a location where people often smoke — Stockholm’s Odenplan square — and let the coughing begin.

The agency filmed the reactions of smokers — some express surprise, others react with laughter. The resulting video has been posted online and is being shared widely.

“The purpose was to drive the conversation about this topic, documenting the reactions, encouraging people to live a healthy lifestyle,” said Fredrik Kullberg, marketing director at Apotek Hjartat. “The reaction has been mostly really positive.”

The timing of the campaign was deliberate. “We released this initiative that aims to help people with one of the most common New Year’s resolutions — quit smoking,” said Ida Persson, spokeswoman for the agency.

According to the World Health Organization, over 20% of Swedes aged 15 and over smoke. Chewing tobacco is very popular.

This is the second time in just over a month that Akestam Holst has caught the attention of the advertising world.

In December, it released a campaign for Ikea that renamed the company’s furniture pieces after people’s most common anxieties.