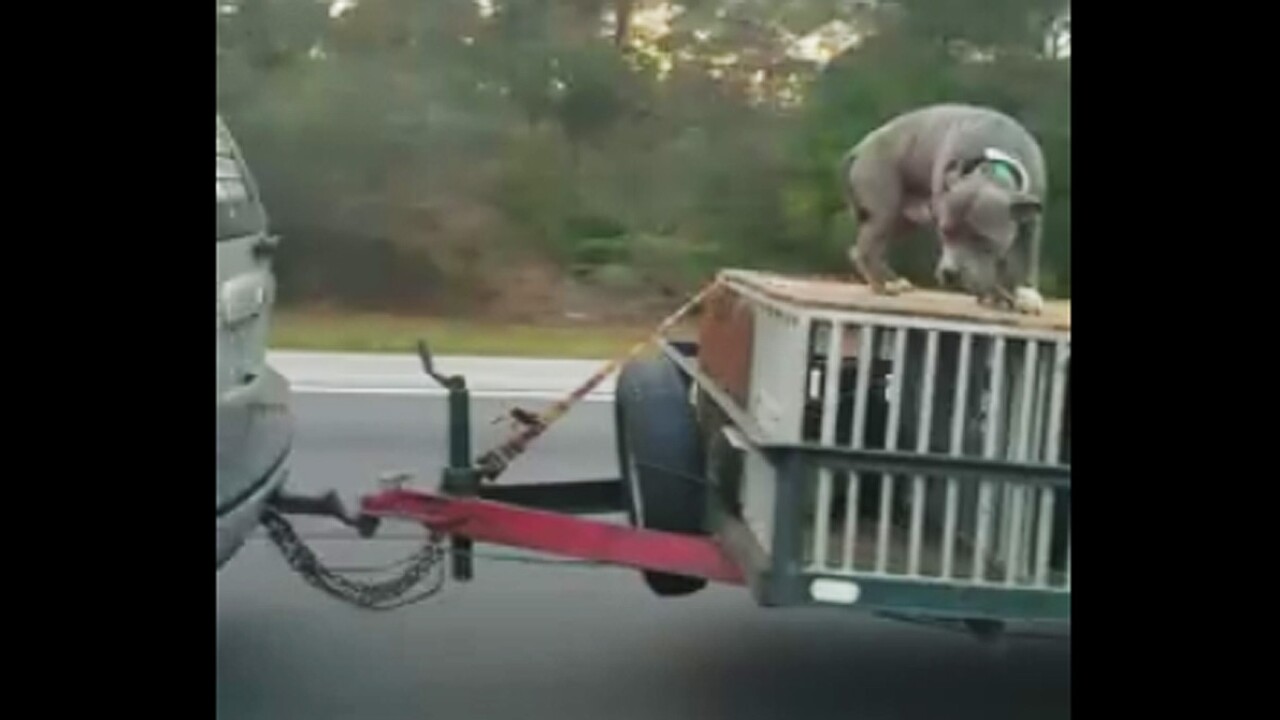 FLAGLER COUNTY, Florida — A Facebook video of a dog traveling down the highway has caused outrage and sparked an investigation. The video shows a dog chained to the top of a crate which is being towed by an SUV driving at least 70 mph, according to ABC News.

Cronin told ABC News that the dog looked so sad she knew she had to do something. The video she posted on Facebook has been viewed over 1 million times.

WTLV reports Flagler Animal Services is leading the investigation and working with the sheriff’s office.

The dog had a single tether attached to the box. The executive director of the Flagler Humane Society told WTLV the owner broke the law because the pup wasn’t tethered two times.

The owner said the dog — an American pit bull terrier named Zeus — likes to ride outside of the cage; he said the dog was harnessed and chained so he wouldn’t fall.