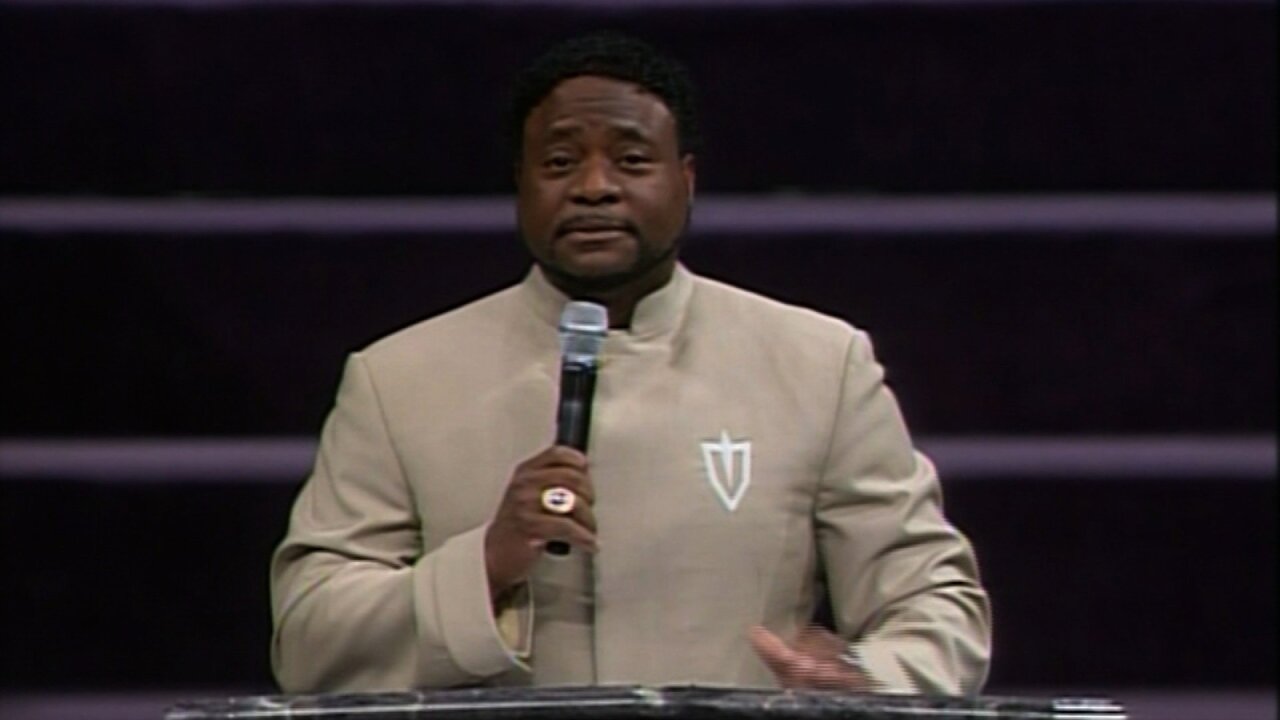 By John Blake and Chandrika Narayan

(CNN) — Bishop Eddie Long, the controversial leader of one of the nation’s largest megachurches, has died, according to the suburban Atlanta church he presided over. He was 63.

Long died after a battle with an aggressive form of cancer, according to a statement by the New Birth Missionary Baptist Church.

Long was a national figure and one of the most innovative and polarizing pastors in the contemporary church. He was also a paradox.

He was a preacher who led an infamous march against same-sex marriage and denounced homosexuality, but he also settled a lawsuit by four young men who said he pressured them into sexual relationships.

He was a man who wore tight muscle shirts and radiated self-confidence but used to throw up before sermons because he was so nervous.

He was a man who gave away cars and paid the college tuition of needy people, but he also was investigated by Congress after a charity he created had provided him with a million-dollar home and a Bentley luxury car.

“When he spoke, black people all over the country listened to him,” said Shayne Lee, a sociologist who studies the black Pentecostal church. “He was part of the repackaging of Christianity for post-civil rights African-Americans.”

Long’s wife, who stood by him through his rise and fall from national fame, released a statement.

“Although his transition leaves a void for those of us who loved him dearly, we can celebrate and be happy for him, knowing he’s at peace,” Vanessa Long said.

At its peak New Birth Missionary Baptist Church had about 25,000 members. The church was such a glamorous Sunday stop it became dubbed “Club New Birth.”

But to limit Long’s impact to the black church understates his influence.

He spoke before Congress, visited President Clinton in the White House and became a popular figure in white Pentecostal circles. His church hosted Coretta Scott King’s funeral service in 2006.

Though Long dressed like a middle-aged hip-hop star, he once said the figure who led him to his greatest religious awakening was Jimmy Swaggart, the charismatic white pastor.

But it was Long’s ministry to young men that first marked his rise. At a time when the traditional church had trouble attracting young men, Long called himself a “spiritual daddy” to wayward teenagers. He played basketball and lifted weights with his male ministers.

Long’s relationship with his own father, though, was far from ideal. His father, Floyd Long, was a stern Baptist minister who was known as “the cussing preacher” because of his pugnaciousness. Long said in one interview that his father was distant and didn’t attend his football games or even his high school and seminary graduation.

“My daddy pulled back when it came to touching you and saying, ‘I love you,’ ” Long said. “I needed that so badly.”

It was Long’s relationship to men, though, that virtually destroyed his ministry. In 2010, he and his church reached an out-of-court settlement in a lawsuit filed by four young men who accused him of pressuring them into sexual relationships while they were members of his congregation. The terms of the settlement were not disclosed.

Long, who preached passionately against homosexuality for years, denied the allegations.

In 2011, Vanessa Long filed for divorce. Shortly afterward, Long told his followers he was taking some time off to work on his marriage.

“I do want you to know that this is, for me and my family, especially with me, one of the most difficult times and things I’ve had to face, and only because my strength, other than God, is in Miss Vanessa,” he said at the time.

“And I want you to rest assured that I love her and she loves me. … In all the things that I’ve ever had to deal with and being pastor, my rock has been to be able to come home to a virtuous woman who always had peace in my house… We’re going (to) work it out.” he said.

“It was a fall from grace,” Lee, the sociologist, told CNN. “He had a national reach. He lost that reach with that scandal.”

The lawsuit was not the first time that public controversy swirled around Long. In 2005, the Atlanta Journal Constitution revealed that a charity Long had created to help the needy had made him its biggest beneficiary.

The charity’s compensation to Long included a $1.4 million, six-bedroom, nine-bath home on 20 acres and more than $1 million in salary. Long defended the charity at the time.

“You’ve got to put me on a different scale than the little black preacher sitting over there that’s supposed to be just getting by because the people are suffering.”

Despite his public setbacks, Long retained a loyal following to the end.

In recent months, rumors swirled about Long’s health after he lost a dramatic amount of weight and appeared frail in public. But even as his once-stocky frame withered, he continued to go before his church to ask for prayers and to claim victory.

On New Year’s Eve at his church, an emaciated Long addressed his congregation, according to the Atlanta Journal Constitution.

“God ain’t through with me and sometimes you need to see the skinny Eddie and the big Eddie and all that,” he said, his once-powerful voice reduced to a raspy whisper. “It ain’t got nothing to do with physical appearance, it’s what in your heart … You are a Scripture … I want to see you struggle, I want to see you fight the devil and get victory.”

Long is survived by his wife, four children and three grandchildren, the church said.