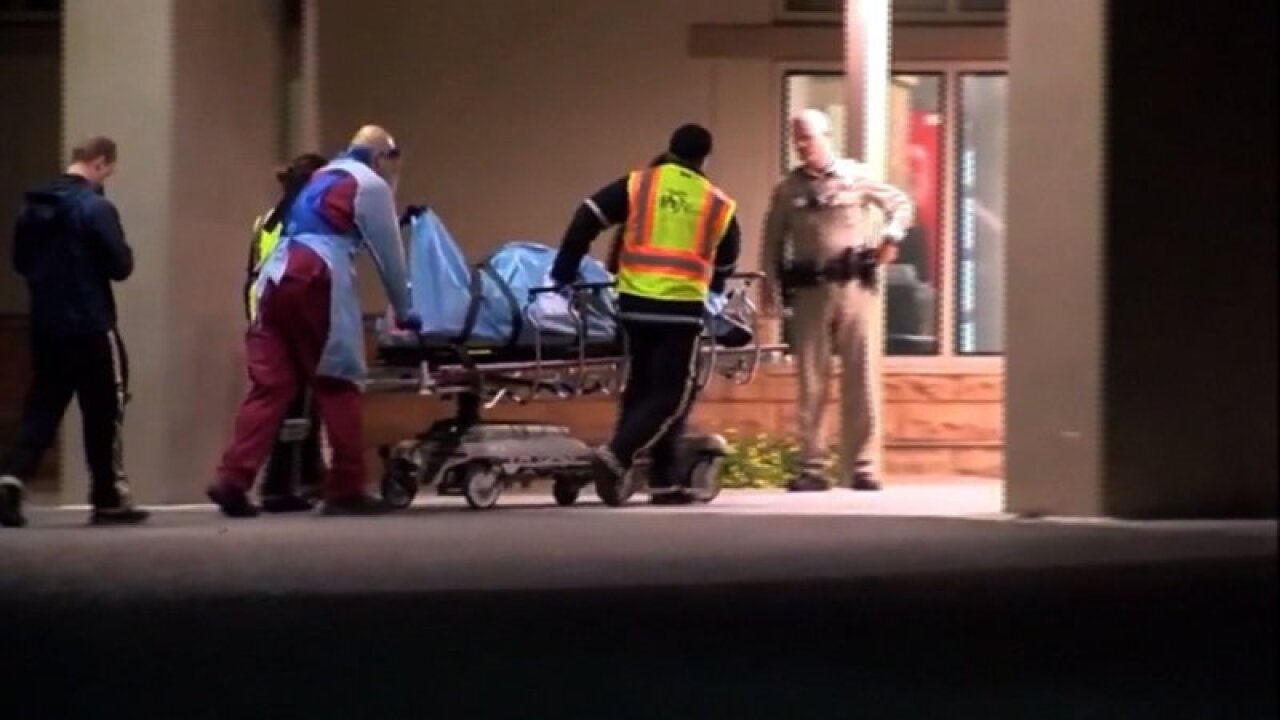 PHOENIX – A good Samaritan being hailed as a hero in Arizona is not quite ready to speak with reporters. He’s trying to reconcile taking a life, even when it was the right thing to do, officials said Monday.

An Arizona trooper who had been shot and was being beaten by a man with a pistol was saved Thursday by a motorist who killed his attacker, authorities said. (Courtesy KNXV-TV via CNN)

The unidentified motorist last Thursday killed a suspect who had wounded and was beating an officer.

“He is a very humble guy,” Col. Frank L. Milstead, director of the state Department of Public Safety, said of the man who saved Trooper Ed Andersson from further injury or death. “He is a very spiritual guy and he told me that he believes that God put him there that morning so he could save Trooper Andersson’s life.”

Shortly before 4:30 a.m., Andersson pulled up to an accident scene on Interstate 10 near Tonopah, about 50 miles west of Phoenix.

Authorities said Leonard-Penuelas-Escobar, who had been the driver in a rollover crash that claimed the life of his passenger, had opened fire on vehicles. He was on the shoulder of the road, holding the fatally injured woman, when Trooper Andersson pulled up to render aid.

The suspect opened fire, striking Andersson, 27, once in the shoulder, and then began slamming his head on the pavement, Milstead told reporters on Monday.

On Thursday January 12, 2016, a bystander shot and killed a man that was assaulting a trooper. The man has been identified by police as Leonard Penueleas-Escobar (pictured). His girlfriend who was in the car at the time was killed in the rollover car accident. She has been identified as Vanessa Monique Lopez-Ruiz. (Arizona Dept of Public Safety)

The good Samaritan — who had been driving to California — pulled up, saw what was happening, asked his fiancee to call 911 and grabbed a 9 mm handgun from his vehicle’s console. He told Escobar, 37, to stop, but the order was refused and the beating continued, authorities said.

The motorist fired at least two shots, striking the suspect, and began to help Andersson. But the suspect got up and again attacked, authorities said. The helper fired again, mortally wounding the attacker with a shot to the head.

Another motorist who pulled up, Brian Schober, got on the trooper’s portable radio and called for help during the incident. He cleaned the officer’s wounds.

“The timing was everything. If the civilian had been there any later the cop would probably have bled out,” Schober told CNN. “If I hadn’t been driving that way at that time, the authorities probably wouldn’t have made it on time and the cop would have died. It was a two-pronged scenario, and we were there at that time for a reason.”

Penueleas-Escobar’s girlfriend who was in the car at the time was killed in the rollover car accident. She has been identified as Vanessa Monique Lopez-Ruiz. (Arizona Dept. of Public Safety)

Milstead said officials still don’t know why the suspect opened fire on Andersson. The trooper has been released from the hospital but has not been able to give a formal statement.

The woman, identified as Vanessa Monique Lopez-Ruiz, 23, was ejected during the rollover. A native of Phoenix, she lived with the suspect. They had recently been evicted from an apartment, officials said

Escobar, Milstead said, was from Mexico and in the US “out of status.” Escobar, who had no known criminal history, allegedly had served several years ago in that country’s federal police.

While he had no military or police background, the good Samaritan routinely trains with members of both professions and practices with his weapon about three or four times a year, Milstead said. The man had no known connection with the attacker.

Milstead said he has spoken with the man on the phone, and expressed “how appreciative we were he was able to do what he did that day.”