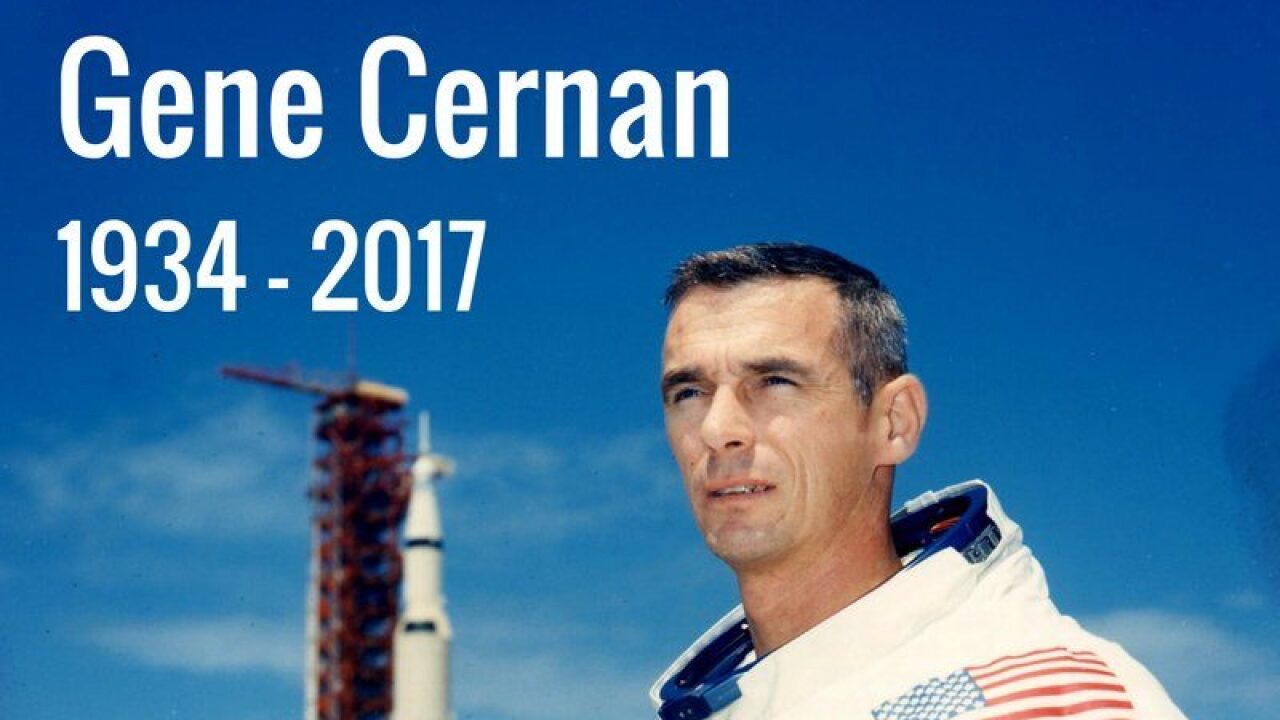 The last man to walk on the moon, astronaut Gene Cernan, has died.

Fox News reported Cernan was the commander of Apollo 17 in December 1972, the last lunar mission and one of the final Apollo flights.

When Cernan stepped out from lunar module “Challenger” he became the 11th person to walk on the moon.

His lunar module pilot, Jack Schmitt, was the 12th. But as commander, Cernan was the last to re-enter the module, making him the last person to walk on the lunar surface.

Cernan had previously served as the lunar module pilot on Apollo 10 and was a pilot on the Gemini IX mission.

Cernan logged 566 hours and 15 minutes in space, of which 73 hours were spent on the surface of the moon, according to NASA.

We are saddened by the loss of retired NASA astronaut Gene Cernan, the last man to walk on the moon. https://t.co/Q9OSdRewI5 pic.twitter.com/gPdFTnXF2C