Person hit by car on I-15, traffic backed up in Bountiful 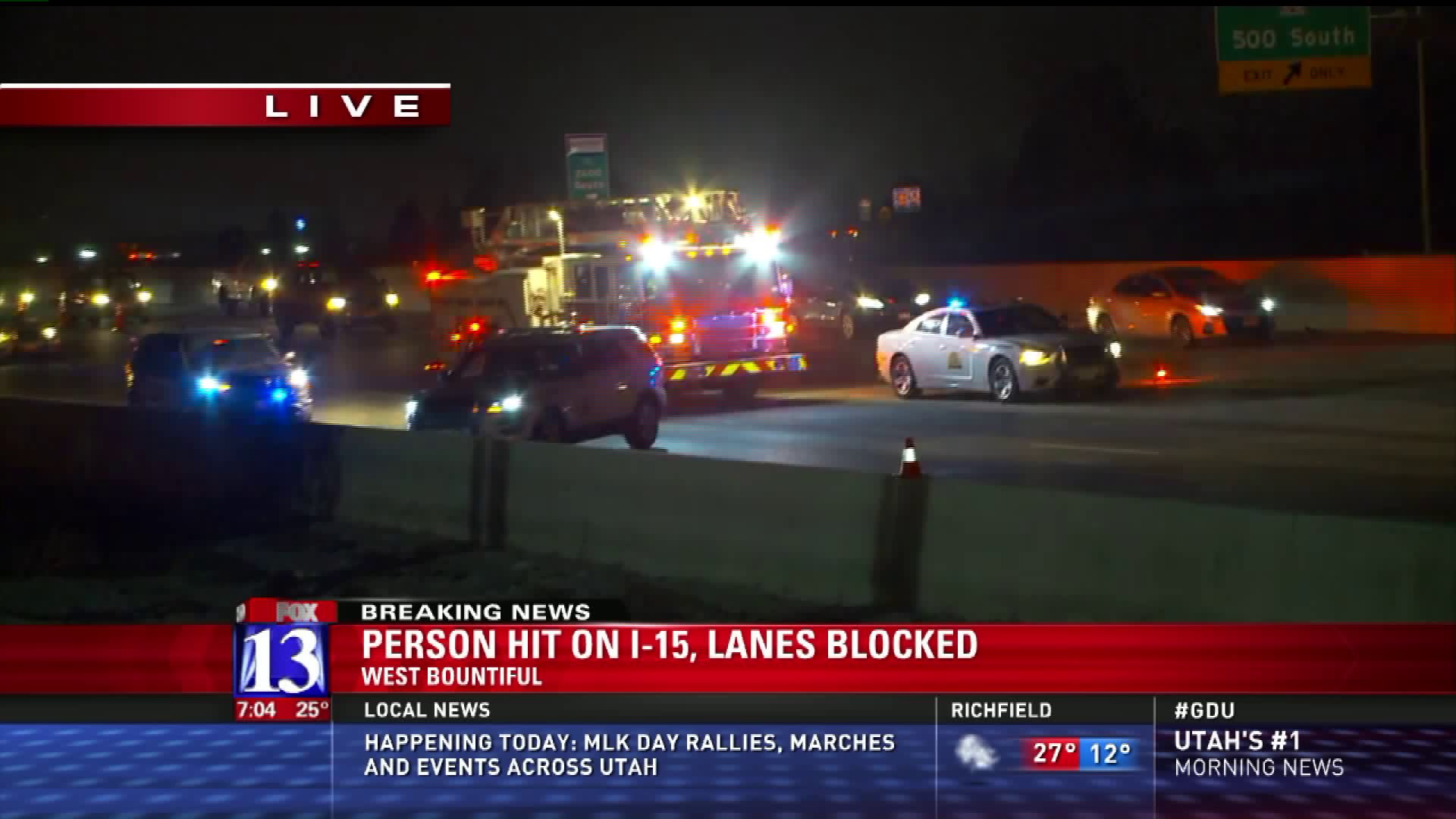 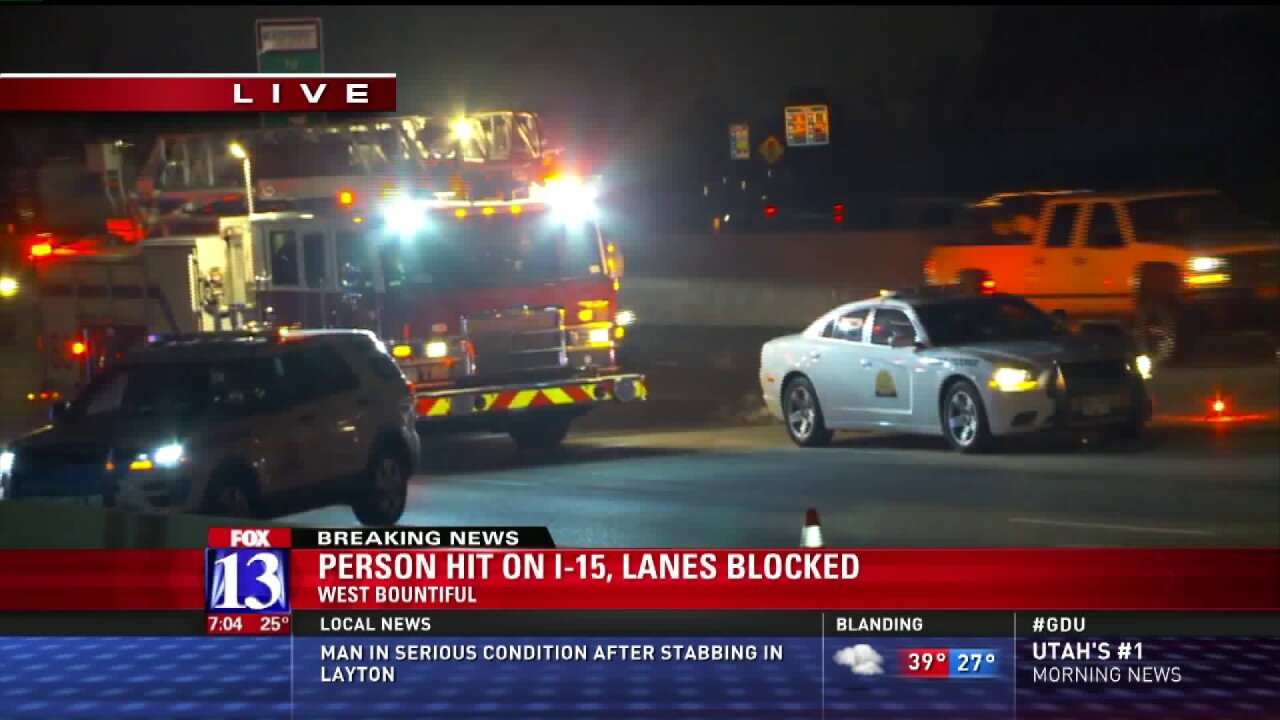 BOUNTIFUL, Utah - Traffic was backed up in Bountiful on I-15 Monday morning after a person was hit by a car.

Witnesses told authorities they saw the man walking around and called 911.

However, the man was hit and killed before the Utah Highway Patrol could arrive.

The driver stopped and is cooperating with authorities.

The roadway has since reopened in the area.

The name of the man killed has not been released at this time.