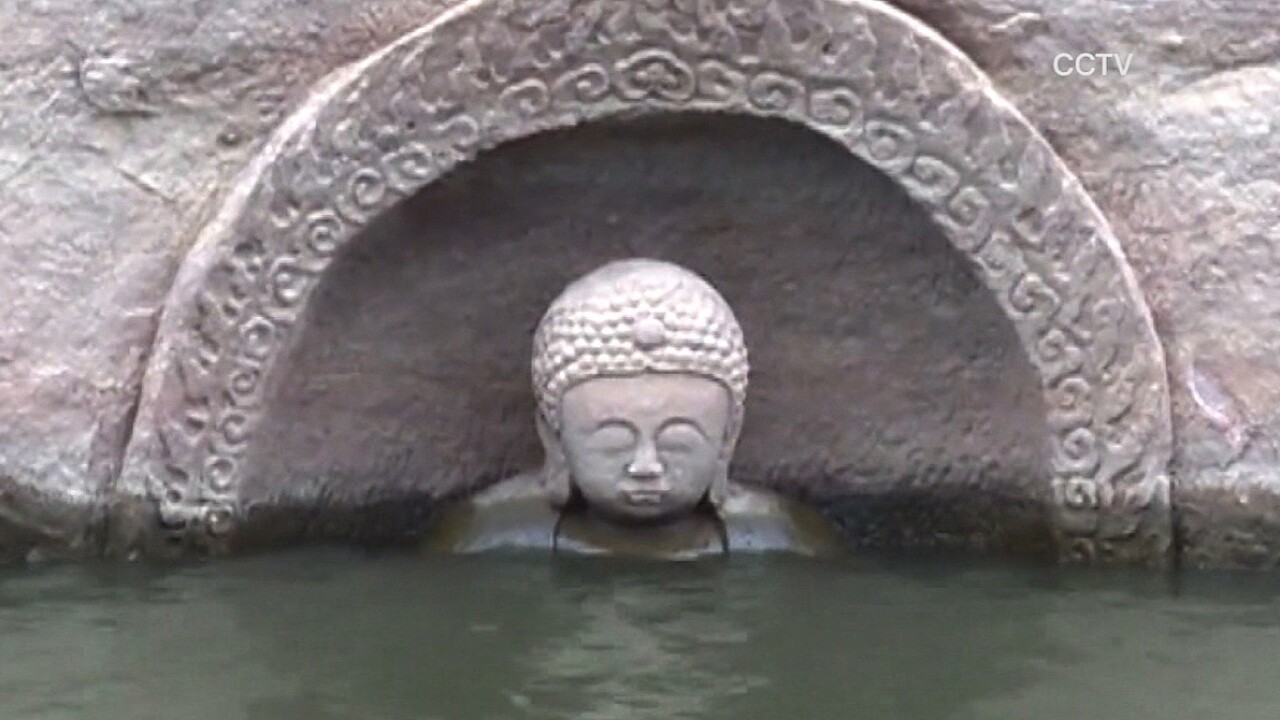 BEIJING, China — A 600-year-old Buddha statue has been discovered in a reservoir in east China’s Jiangxi Province after water levels fell during renovation work.

A local villager first spotted the head of the Buddha last month when the water level fell by more than 10 meters during work on a hydropower gate, official state news agency Xinhua reported.

The Buddha’s head sits against a cliff and gazes serenely over the body of water. It has attracted many tourists as well as locals, who see it as an auspicious sign.

Archaeologists said the statue could date back to Ming Dynasty (1368-1644).

“A preliminary study of the statue suggests it was probably built during early Ming Dynasty, maybe even earlier as the Yuan Dynasty,” Xu Changqing, director of the Research Institute of Archaeology of Jiangxi province, told CNN in a phone interview.

The statue is potentially just the tip of an untapped archeological treasure trove. A base of a temple hall was also found under the water. Local records suggest the reservoir was located on the ruins of an ancient town called Xiaoshi.

Xu said an underwater archeology team is investigating both the ancient town and the statue and working on a preservation plan.

Xu added that being submerged in water could have preserved the statue, which features surprisingly detailed carving.

“If the statue wasn’t preserved in the water, it could have suffered weathering, oxidation or other risks, we reckon,” Xu said.

Many cultural relics were destroyed during the country’s Cultural Revolution in the 1960s when people were told to get rid of everything old, feudalistic and superstitious.

China is home to a number of striking Buddhist cliff and cave carvings. The most famous is Leshan Giant Buddha, the world’s tallest Buddha statue.

Guan Zhiyong, a local official, told Xinhua that the Buddha statue was built by ancient people as a spiritual protector to calm the rapid-flowing current where two rivers converge.

The statue was submerged in 1960 when the Hongmen reservoir was built. At that time, local authorities weren’t aware of heritage protection, said Xu.

The re-emergence of the Buddha has brought back memories for some village elders. Huang Keping, a 82-year-old local blacksmith, said he saw the Buddha first time in 1952.

“I remember the statue was gilded at that time,” Huang told Xinhua.