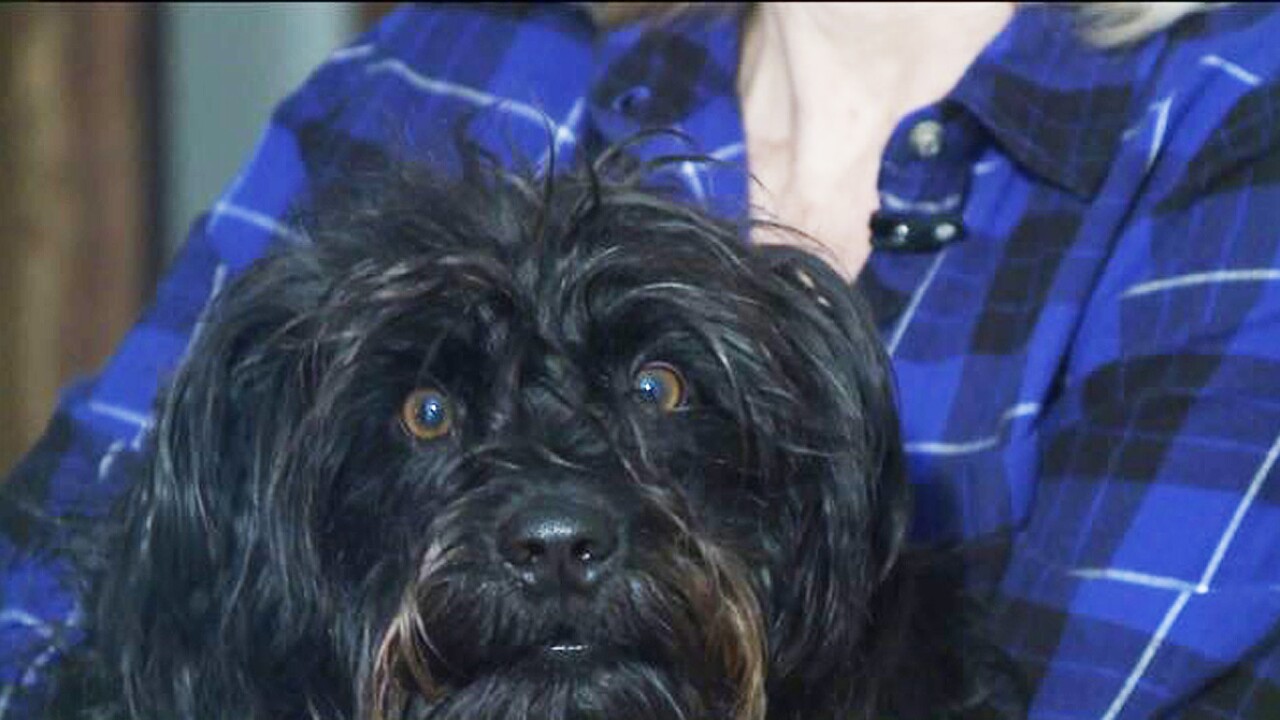 ARNOLD, Mo. – A frantic search for a missing dog in Missouri ended in what neighbors are calling a miracle.

“I went to check on him again and he wasn’t out there,” Bess told Fox 2.

Dillon had managed to venture past the invisible fence at Bess’ home in Arnold. Bess and her husband immediately called on friends and neighbors for help.

“There was a whole night of texting; everybody texting,” Sue Ziegler said. “Someone said they were praying to St. Anthony; that was really awesome.”

Panicked about the incoming ice storm, Bess and others searched the area surrounding the home.

“They were out there with flashlights, driving around, looking for him. I had a lot of help,” Bess said.

Bess said she hardly slept Thursday evening. The next morning, neighbor Julie Drew affixed her running gear to help her maneuver through the icy terrain.

What happened next set everyone in an emotional frenzy.

“We kept seeing tree stumps that would be wet,” Drew said. And they were black, so we thought it was the dog, since [Dillon’s] fur is black. And I wasn’t even looking his direction but just I saw his head faintly move. And I said, ‘Oh my God, I think I see a dog!’”

Dillon’s leg was stuck in a trap in the woods.

“That was painful to see. And to see that it was chained to a tree. He had no way out,” Drew said.

Cindy Bess took Dillon to a nearby vet. No broken bones, she said, but he did suffer a soft tissue injury. Dillon had been out in the cold for nearly 18 hours, she said.

“I just felt like it was a miracle. Because of the ice storm. And I knew one more night, that dog wouldn’t have survived out there,” Ziegler said.

An emotional Bess said she is thankful for the support she received from friends and neighbors.

“You hear so many stories about ugly things happening in this world. But when you can get people and pull together,” she said. “Don’t know anything about who you vote for, what your religion is, I don’t care about that. But they stopped to help and I’m eternally grateful for it.”