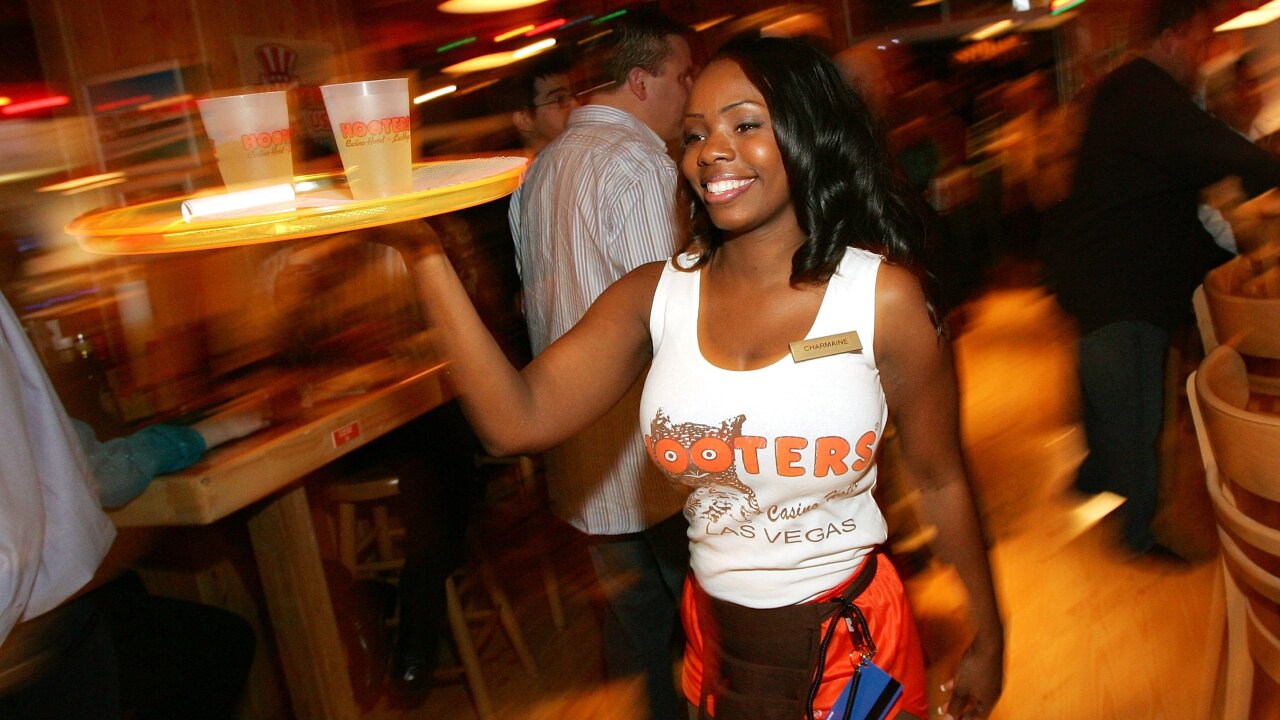 LAS VEGAS – FEBRUARY 02: Hooters Girl Charmaine Fobbs carries drinks at the Hooters Restaurant during the grand opening of the Hooters Casino Hotel February 2, 2006 in Las Vegas, Nevada. The property, on the site of what used to be the Hotel San Remo, features 696 rooms, several bars and restaurants, including Dan Marino’s Fine Food & Spirits, and 250 Hooters Girls working as cocktail servers, bartenders and dealers in the 30,000 square-foot casino and the Hooters Restaurant. (Photo by Ethan Miller/Getty Images)

SALT LAKE CITY — After opening nearly two decades ago to some controversy and a few raised eyebrows, the restaurant Hooters has apparently closed its doors in Midvale.

Utah’s Department of Alcoholic Beverage Control confirmed to FOX 13 the restaurant relinquished its liquor license, a sign that it has closed and not planning to reopen. DABC spokesman Terry Wood said Hooters had a full-service restaurant license, which allowed it to serve beer, wine and spirits as long as patrons also ordered food.

Archived reports said Hooters opened near 7200 South and State Street in 1998 to a bit of controversy. Some residents had complained of Hooters’ use of waitresses in tight tank tops and shorts to sell chicken wings in a state known for its conservative culture. The “breastaurant,” as it’s been dubbed by some, has always played off its buxom waitresses.

Hooters’ Midvale location was its only Utah restaurant. An email sent to Hooters’ corporate offices seeking comment was not immediately responded to on Tuesday. The national chain has restaurants in Colorado and a casino in Las Vegas.