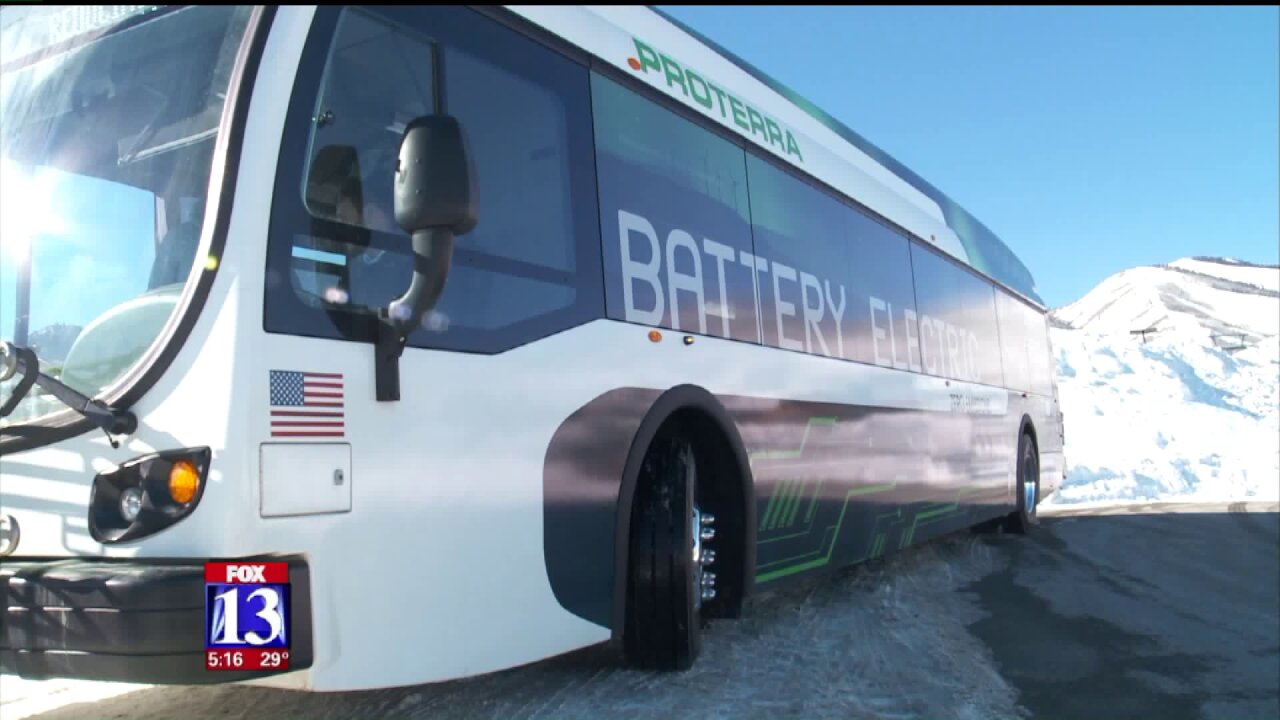 The buses will run a route along SR 224, making it the first battery electric express route in the state.

“This truly is a 21st century transit vehicle,” said Ryan Popple, CEO of Proterra. “You`re putting a transit vehicle onto your roads that is as high-tech as the highest performance light duty automobiles.”

The express route will run every 10 minutes from Kimball Junction to the Old Town Transit Center.

“This new route will hopefully increase our ridership of up to 38 percent and will also decrease costs of almost 16 percent per passenger,” said Becca Gerber, Park City Council Member.

The entire fleet will be operational by this summer. For now, the first one rolls out this weekend to shuttle visitors in town for Sundance Film Festival, free of charge.

City planners said this is part of a bigger goal to become completely carbon-neutral by 2032.

“It`s just the first step. It`s incumbent upon us to encourage the public to use the transportation that we`re providing,” said Glenn Wright, Summit County Council.